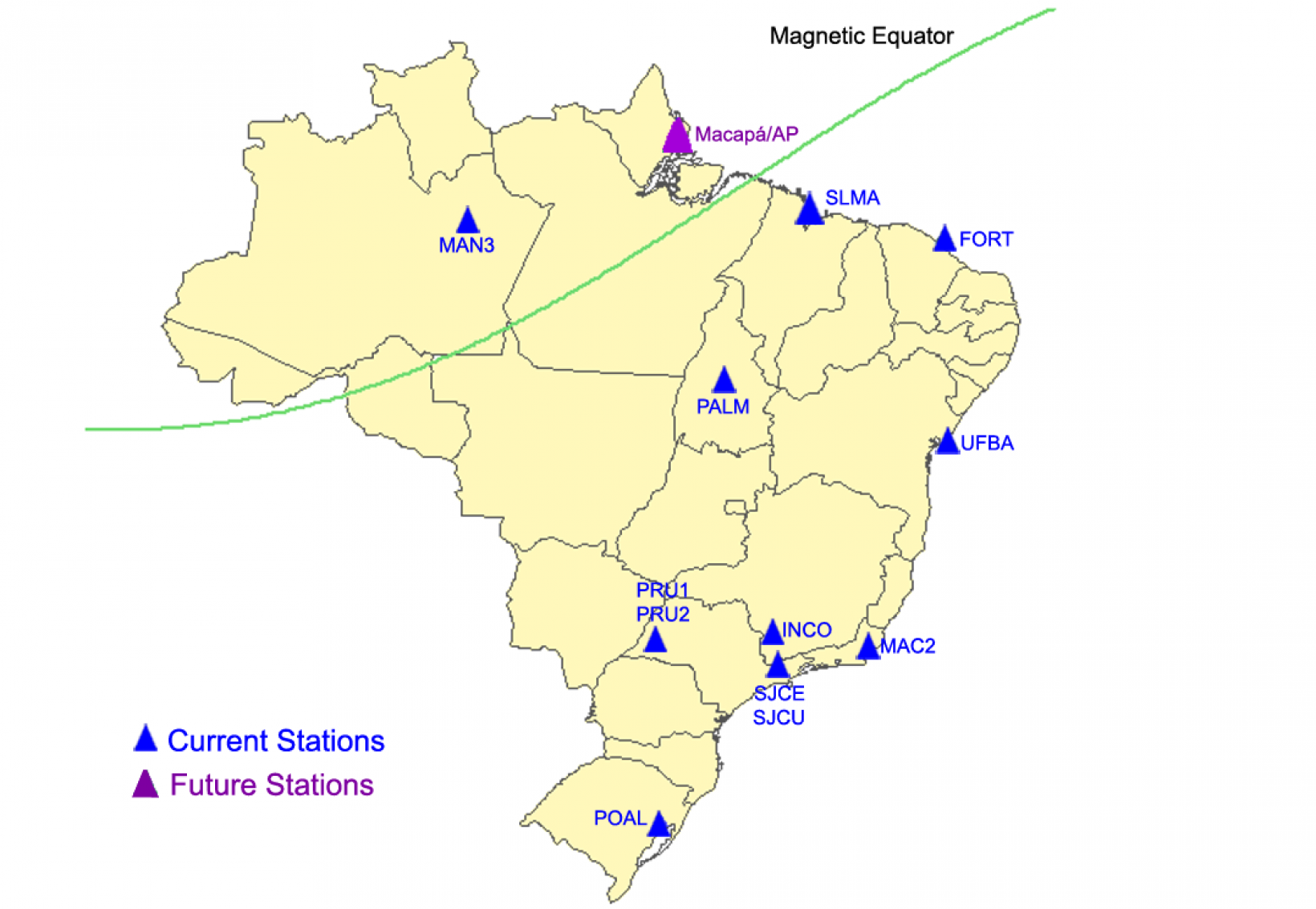 Following an intense 27-month research effort, CALIBRA, a GSA-funded project, has come up with some exciting - and marketable - solutions to counteract ionospheric disturbance caused errors.

Ionospheric disturbance is often cited as the largest source of error in the use of GNSS data for accurate positioning. It is especially problematic in regions around the magnetic equator, such as Brazil. With high-accuracy GNSS positioning at the core of Brazil’s precision agriculture technology, ionospheric disturbances can lead to downtime and significant financial losses.

Getting to the Root of the Problem

One of the principal sources of ionospheric perturbation is scintillation. Due to electron density irregularities in the propagation path from satellite to receiver, scintillation usually appears as amplitude and phase fluctuations in the GNSS signals.

The CALIBRA (Countering GNSS high Accuracy applications LImitation due to ionospheric disturbance in BRAzil) project, a collaborative R&D project under the Seventh Framework Program (FP7), was established to tackle this exact problem.

During its initial phase, the project confirmed that ionospheric scintillation and variations in total electron content (TEC) are indeed correlated with disturbances in GNSS Precise Point Positioning (PPP) and Real Time Kinematic (RTK) positioning. The project then identified the relevant parameters and established a suitable metric to characterise these ionospheric disturbances.

Next, the project developed practical tools for users affected by ionospheric perturbations. First, a short-term empirical model was produced for forecasting TEC and scintillation – the CALIBRA Forecasting Model (CFM) – and tested using the CIGALA-CALIBRA network (see map) and database. This is a dedicated network of ionospheric scintillation monitor receivers (ISMRs), with a special web interface – the ISMR Query Tool. Along with a regional TEC map and a set of strategies to improve positioning performance, this tool is another significant and practical legacy of CALIBRA.

All the measurements made by the CIGALA-CALIBRA network receivers are time labelled every minute, involving observations obtained for each satellite tracked by each receiver. With the 12 existing monitoring stations and the satellite constellations currently being tracked (GPS, GLONASS, Galileo, Beidou and other augmentation systems), more than ten million observations are collected every day.

The ISMR Query Tool was developed to manipulate this massive amount of data, using data visualization and mining techniques. From the time it was launched to December 2014, the software generated more than 21,000 outputs assisting users from over 20 different countries.

Use the ISMR Query Tool Now!

A patent for the CFM software has been filed and a new spin-off company, SpacEarth Technology, set up. SpacEarth aims to secure the software’s commercialisation in positioning and navigation applications and services, where real time modelling and forecasting of ionospheric variability and scintillation are needed. In the longer term, further R&D is being planned to improve the software and adapt it to evolving market needs.

With a software patent now filed as a result of the project and a firmware update produced for project partner Septentrino’s GNSS receivers, CALIBRA has already demonstrated significant and tangible results – going to show just how quickly innovative research solutions can be developed, validated and enter the market.

Among a number of field experiments, two important demonstrations aimed at validating the new algorithms developed within the scope of CALIBRA were carried out in Brazil. To ensure ‘real world’ applicability, the demonstrations involved actual precision agriculture and offshore operations.

In terms of precision agriculture, the Brazilian company Agro Pastoril Campanelli provided the expert operational environment and support. For the offshore operations demonstration, the project benefited from the invaluable support of offshore operator DOF Brasil. In addition to demonstrating tangible results, the trails also opened several new avenues for additional research that can build on CALIBRA’s outcomes.