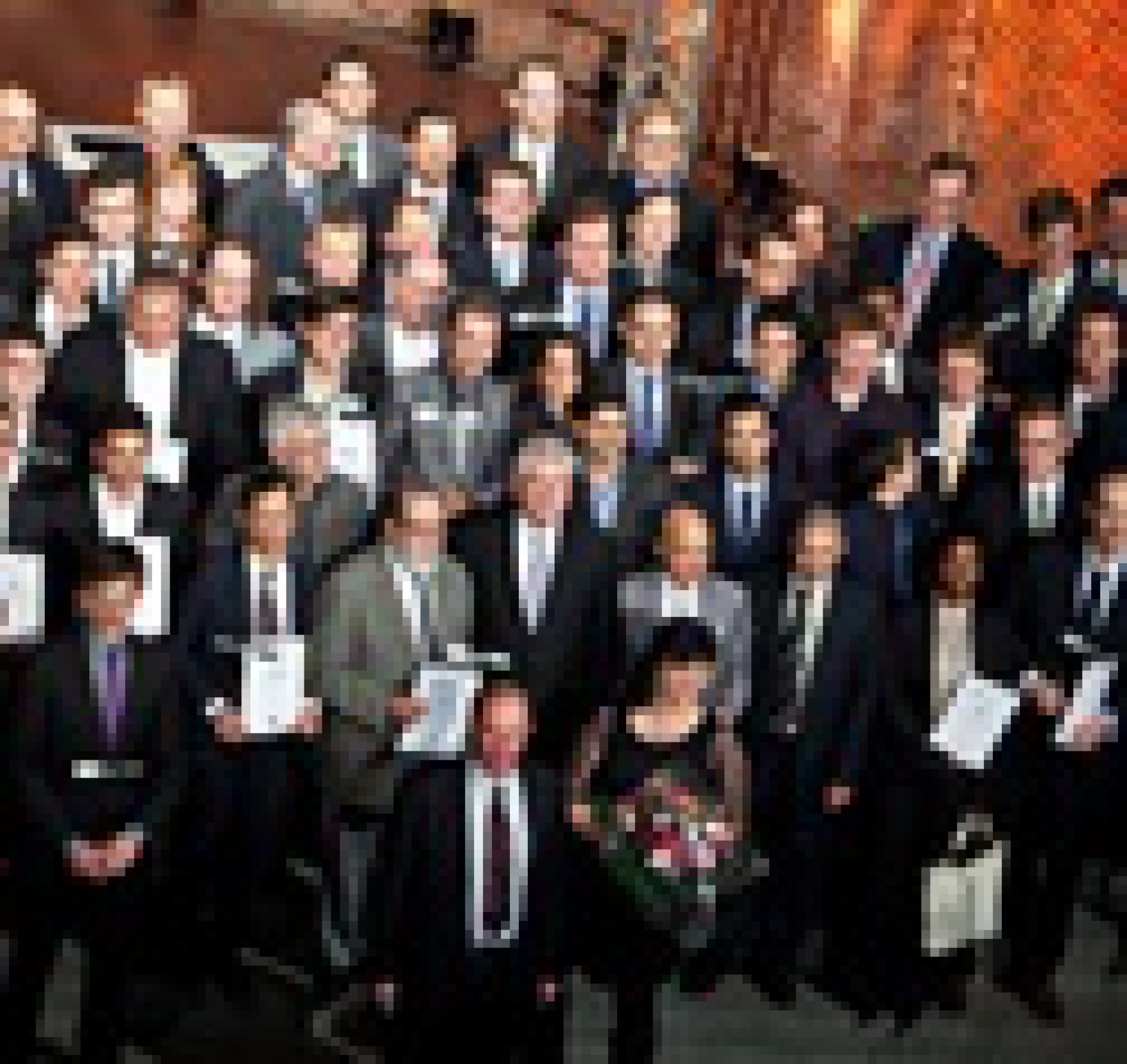 The Galileo Masters awards have been unveiled in Munich, with the grand prize going to an in-car navigation system that projects non-distracting images onto the windscreen. Also announced were the GSA Special Topic prize winner and the winner of the first-ever GMES Masters competition. 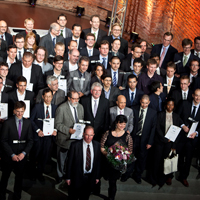 Europe is moving forward in the world of satellite navigation technologies, a sector up to now completely dominated by the GPS system. The milestone launch of the first two operational Galileo satellites in Kourou, French Guyana, on 21 October 2011, shows just how far Europe has come, now fashioning itself as an equal member in the global space power club.

The European Commission, the European Space Agency (ESA), the European GNSS Agency (GSA) and regional and national governments have all been doing their parts to get European industry, academia and research communities up to speed in the development of new services and applications to exploit increasingly accurate and available satellite-based positioning signals.

One way they’re doing so is through the European Satellite Navigation Competition (ESNC), which hands out cash prizes and presents money-making opportunities to budding entrepreneurs with the ultimate aim of stimulating business and job creation in the EU.

In order to be considered in the ESNC finals, MVS had won the USA Challenge, a regional ESNC partnership organised by Inside GNSS magazine, which is also the global media sponsor for ESNC 2011. The company was one of five finalists introduced at the ION GNSS 2011 conference. 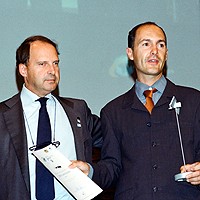 Cost-engineered for the automotive market, True3D accurately places images – icons, road signs, a guide wire – in the driver’s forward view. These images appear to be outside the windshield, from a distance of two meters to infinity. The images, generated by linking GNSS, map, and other data, are designed to maximise situational awareness using NASA guidelines established for pilot safety.

Second place in the overall running was shared by Baden-Württemberg's regional winner, Jens Rieder and his team from the Universität Heidenheim, for SkyAmps – a highly efficient, fully automatic wind power plant based on two kites; and the regional winner for Switzerland, Philipp Elbert and his team from the ETH Zürich and the Swiss company HESS AG, for AHEAD – a system designed to minimise the CO2 emissions of hybrid electric buses through a predictive energy management strategy based on precise positioning.

Third prize in the competition was also shared by two regional winners: Hesse's Jörg Pfister of pwp-systems GbmH with PTbox, a robust positioning unit for public transport designed to offer enhanced attractiveness and reduced CO2 emissions; and Vladimír Vejvoda of Prague for Mobile Epileptic Fit Detector (MEFID), a mobile remote unit that can help save lives by rapidly detecting signs of an imminent epileptic attack in child patients.

The ESNC, hosted by the Bavarian regional government in Germany, is open to applicants around the world, operating on a regional basis in Europe and with a number of non-European participants such as Canada, Australia, Taiwan, and the USA.

In his opening remarks to the awards ceremony, Bavarian State Minister for Economic Affairs, Infrastructure, Transport and Technology Martin Zeil said, "For the eighth year running, the ESNC is boosting innovation in satellite navigation on a global scale. With 401 participants from 49 countries, this innovation contest reached new all-time highs this year.”

In addition to the grand prize, 21 regional prizes and seven special prizes were awarded by partners from industry, research institutions and European institutions for the best GNSS-based applications.

“In close co-operation with our European and global partners,” said Zeils, “an excellent network has been established to create added value for satellite navigation technologies and foster entrepreneurship in this emerging market.”

Zeil said added that one-third of the winners of the previous ESNCs have gone on to found new companies. “This confirms our expectation that the innovation contest should provide a means of promoting the international commercialisation of space technologies and providing new businesses and jobs related to satellite navigation.”

The GSA's Gian Gherardo Calini said, "Aviation is a key market for EGNOS, and this is why we are so excited about the winner of our Special Topic prize. As you know, EGNOS is now certified for aviation and so this is the time for all of us to be thinking about new aviation-related technologies, applications and services like the ones coming from companies like CATUAV."

For the first time, the Galileo Masters competition shared its stage with the new Global Monitoring for Environment and Security (GMES) Masters competition. Created by ESA, the Bavarian Ministry of Economic Affairs, the DLR German Aerospace Center and T-Systems, and supported by the EU, the GMES Masters competition received over 100 proposals from 17 countries.

In a taped message, ESA Director General Jean-Jacques Dordain said, "By triggering the creation of innovative value-added services, the GMES Masters competition demonstrates the potential of the GMES programme to stimulate economic growth in Europe. As this competition has clearly shown, an important number of promising business cases making use of GMES services are now ready to be implemented, and many more are to follow in the near future."