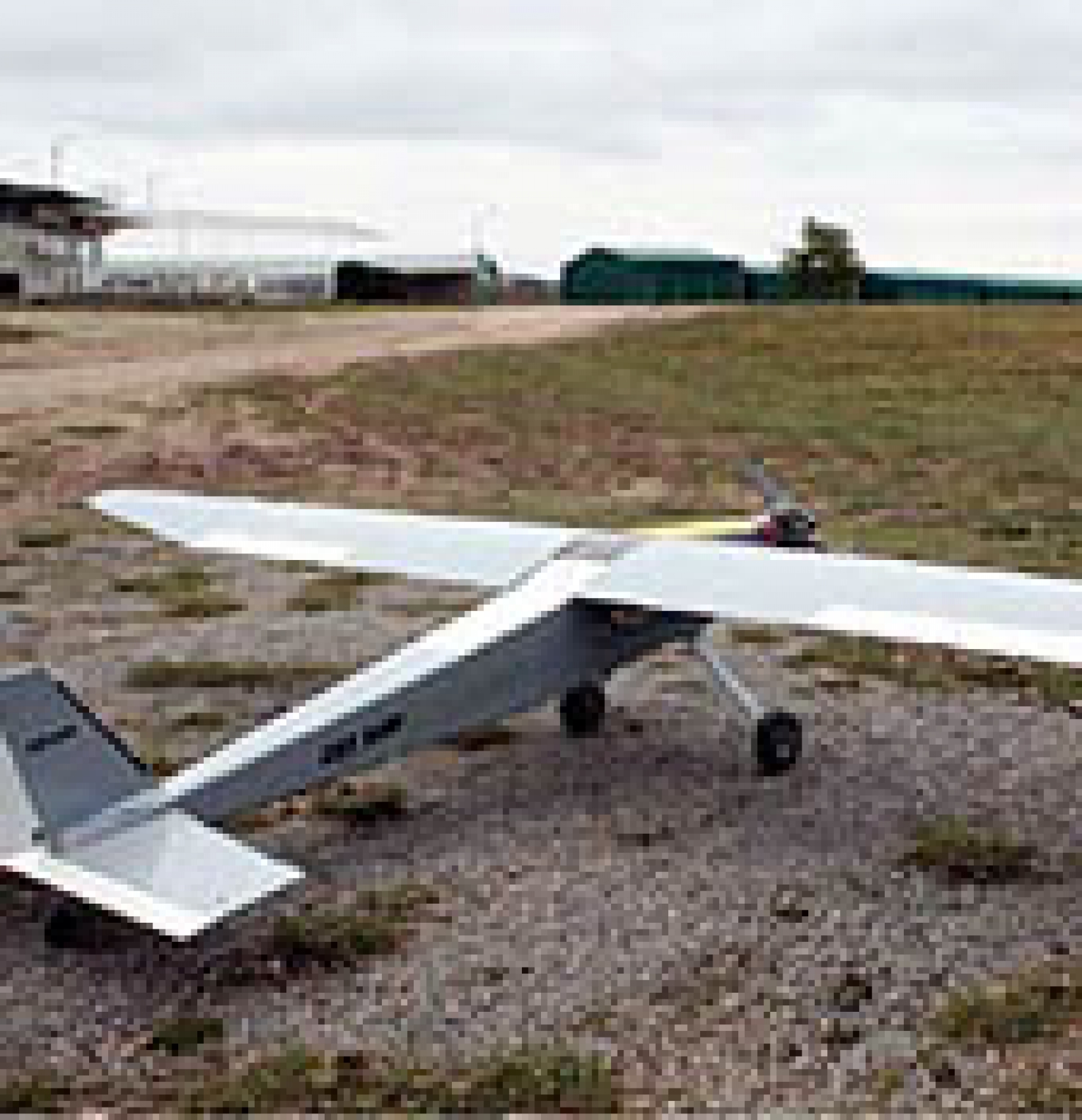 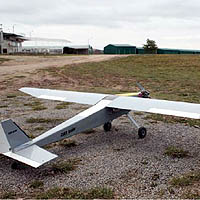 This year's European Satellite Navigation Competition ‘GSA Special Topic Prize’ for EGNOS goes to CATUAV, a small company in Catalonia that is developing a Mini-UAV Traffic Collision Avoidance System, harnessing the power of EGNOS to bring mini-UAVs into their own in civil aviation.

Remotely controlled Unmanned Air Vehicles (UAVs), already used extensively in the military, are now being seen in greater and greater numbers in the civil sectors. Most recently, the miniaturisation of sensors and other electronics and improvements in batteries has lead to the appearance of so-called 'mini-UAVs' that can weigh less than 2kg.

In spite of their diminutive size, these devices pack a mighty potential, promising to deliver all kinds of surveillance, security, search-and-rescue and other important services safely and at very low cost.

This year, the European Satellite Navigation Competition (ESNC) GSA Special Topic Prize for the most promising EGNOS application has been awarded to CATUAV. This small company in Catalonia is working on a Mini-UAV Traffic Collision Avoidance System (TCAS), using GPS and EGNOS to allow these high-flying gizmos to navigate safely in controlled airspace where they can do the most good.

"We all need to open the skies for civil UAVs," says CATUAV Director Jordi Santacana. "So far, Mini UAVs have been used largely in uncontrolled airspace, but to fly in controlled airspace, where cruise conditions are better and more economical, these vehicles need transponders to allow traffic authorities to locate them and they also need systems to automatically avoid collisions with other vehicles."

Santacana says EGNOS, with its high accuracy and vital integrity signal, is a key enabler for robust and safe navigation in this field. "Our system will involve the installation of a very small onboard module, including a microcontroller with collision avoidance plus a GPS/EGNOS receiver to establish position." Then, on the ground, a TCAS receiver with special software displays the UAV position relative to other air traffic and a transponder broadcasts the data received from the UAV.

The GSA Prize means something

Santacana says a colleague told him about the GSA Special Topic Prize. "To be honest, we think that winning this prize is a matter of divine justice – we worked very hard last year! And now that we've won it – wow, incredible! Winning the GSA prize was more than we could have dreamed when we decided to participate!"

As the prize winner, the CATUAV team will have the opportunity to further develop its ideas for six months at an incubation centre of its own choice. The GSA Special Topics Prize has meant new publicity for his company and project, and even more motivation for the CATUAV team and for investors. 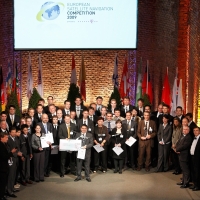 ESNC draws participants from around the world. ©Ahmed ElAmin

Santacana says his own voyage into the wild blue yonder began as a child, building small model airplanes. "Later," he explains, "I got into remote controlled airplanes and finally I built and flew my own experimental ultra-light airplane." He sees a future "full of mini-UAVs flying everywhere, over the cities, over the seas, over the highways… They will be there to help."

And, Santacana adds, he hopes to see some of these UAVs of the future wearing the CATUAV logo. "With our business dedicated to experimental airplanes, both manned and unmanned, my team and I hope to be an important part of a new revolution in mini-UAVs."

The 2011 GSA Special Topic Award for the most promising EGNOS application idea was awarded on the basis of a number of criteria:

The sponsorship of a Special Topic Award at the annual European Satellite Navigation Competition is part of the GSA’s overall programme to foster new applications for EGNOS, and, later on, Galileo. The applications must provide economic and social benefits to Europeans and to European industry.

About the European Satellite Navigation Competition

The ESNC is an international innovation contest that awards the best ideas for applications in satellite navigation. Since 2004, the competition has been organised by Anwendungszentrum GmbH Oberpfaffenhofen (AZO) and is oriented toward companies, entrepreneurs, research institutes, universities, and private individuals.

As part of the competition, AZO has established a network that now includes 23 regions worldwide, connecting technology hubs and companies that boast some of the most important players in the fields of incubation, prototype and product development, market development, and idea management for applications related to satellite navigation. Meanwhile, aerospace clusters and other regional initiatives involved in the network give entrepreneurs crucial access to potential partners and investors.

The ESNC aims to further strengthen international collaboration among these regions, particular with regard to the development of applications and services made possible by Galileo and EGNOS, Europe’s satellite navigation systems.