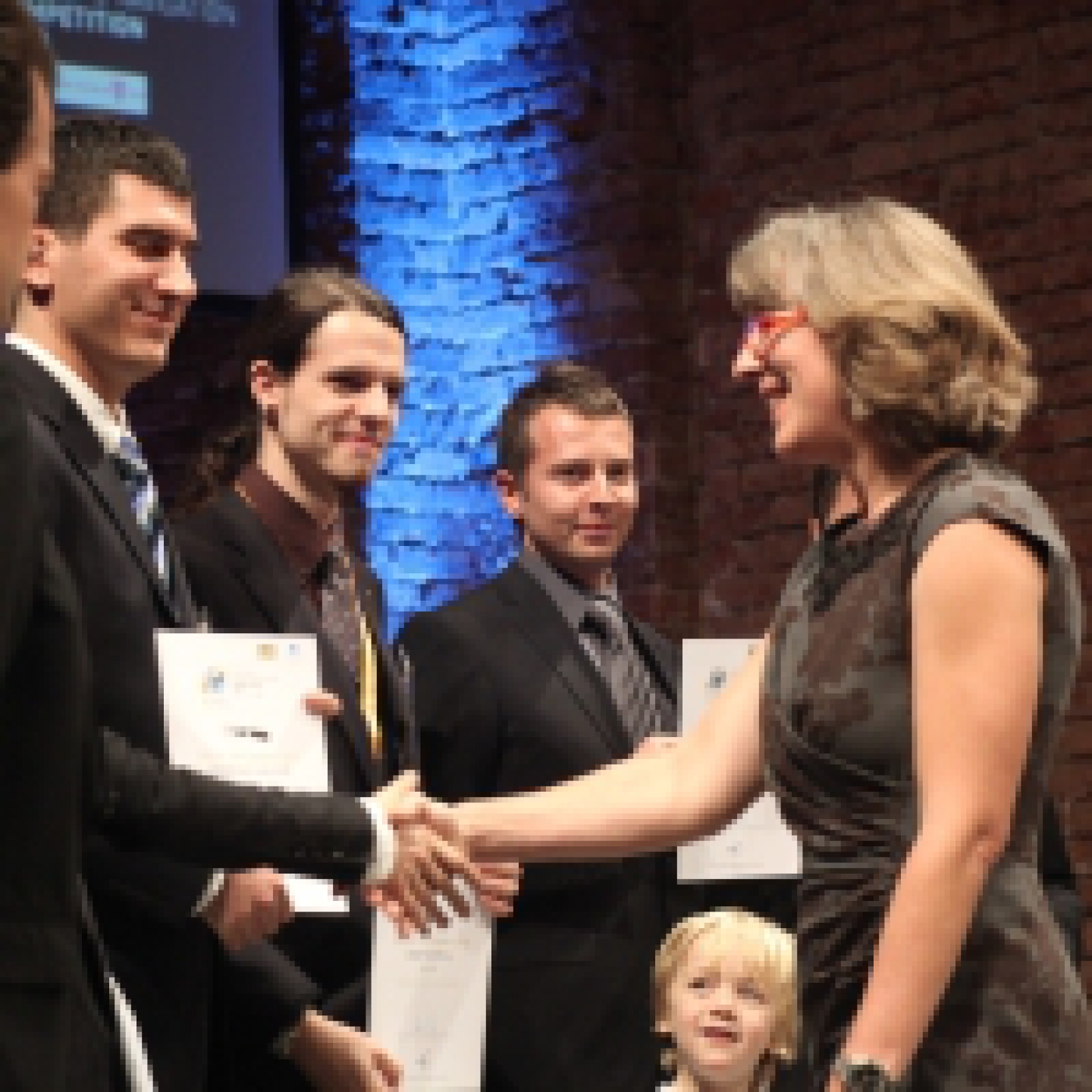 The winners of this year's GSA’s ESNC Special Topic Prize for the most promising EGNOS application believe their augmented reality system will be a “game changer” for personal navigation.

Austrian company Mobilizy is preparing to release its Wikitude Drive system onto the market at the end of October. “It will provide a new navigation experience. There’s no other comparable augmented reality system on the market,” says the company’s founder Philipp Breuss-Schneeweis. The system works by attaching an enabled smart phone on top of a vehicle’s dashboard looking at the road. The application then overlays video captured through the camera with driving instructions. This allows users to literally drive through their phone, watching the road even while they are looking at directions.

“It’s really great to win the Special Topic Prize and we’re looking forward to making the most of it,” said Breuss-Schneeweis. “With us about to launch the system, the prize should help to generate more publicity and credibility.”

“The prize will help us with bringing the system to market,” he said, adding that the prize should help to enable the company to network and build partnerships with other companies. “In the future we hope to be able to add Wikitude Drive to other navigation systems and add new features.”

At the moment Wikitude Drive works with the commonly-used Android platform for smart phones, but the company is hoping to extend this to others in future, including the Apple iphone.

He underlined the added accuracy that EGNOS offered for Wikitude Drive, as well as the importance of European level support in driving forward market development of GNSS applications such as Wikitude Drive.

Mobilizy is a Salzburg-based SME with around 10 employees founded in 2009.

Wikitude Drive beat off competition from a wealth of promising proposals to scoop the top prize. These include the STAR (Schools Transport Automatic Register) system developed by UK company GEP Tec, to track school buses in real-time.

STAR responds to growing concerns over the safety and security of children at schools. The system uses RFID smart cards, GNSS location and time technologies and wireless transmitters to capture and transmit a range of information such as the time and location of school transport services, as well as passenger details.

The data can be used by schools, parents, bus operators and local authorities to help ensure high quality, efficient and secure transport services, including monitoring bullying and misconduct.

Meanwhile, another proposal which caught the judges eyes was Milan-based company Latitude Technology who are developing GNSS-enabled robots to carry out repetitive tasks at home or in businesses. Their system blends EGNOS low-cost receivers with sensor technologies to provide cm-level accuracy for its patented robots or unmanned rovers.

Box: Past prize winners: where are they now?

Past winners of the GSA’s Galileo Masters special topics prize have underlined the importance of the support they received in getting their innovations ready for market.

Sci-tech Systems from the UK, who are developing a new location system for rescuing people lost overboard at sea, won the award in 2008. The prize allowed them to spend a year at an incubation centre – time which enabled them to finalise their working prototype and attract additional seed money from investors.

The team’s demonstration of their system proved popular among visitors to the Galileo Application Days event in March. They are continuing to prepare the system for commercialisation.

Their 'Nogago' system, which exploits the unique properties of to provide leisure applications such as city tourists or hikers, has just been released.