From 1 April to 30 June 2017, the European Satellite Navigation Competition (known as the ‘Galileo Masters’), the largest international competition for the innovative use of satellite navigation, will be scouting for outstanding ideas and business models to put on the fast track.

The European Satellite Navigation Competition (ESNC) was launched, along with the Copernicus Masters, the leading innovation platform for commercial Earth observation applications, at a joint international kick-off event hosted by the Representation of the Free State of Bavaria to the EU in Brussels, on 5 April 2017.

From now until June 30, ESNC will be searching for the most forward‐thinking applications based on satellite navigation. The winners, which will be announced at a ceremony as part of the Estonian Space Week in Tallinn, Estonia, in November, will share in this year’s prize pool of more than EUR 1 million and will benefit from the ESNC’s unparalleled support network, including the ESA Business Incubation Centres and the brand new E-GNSS Accelerator, co-funded by the European Commission. 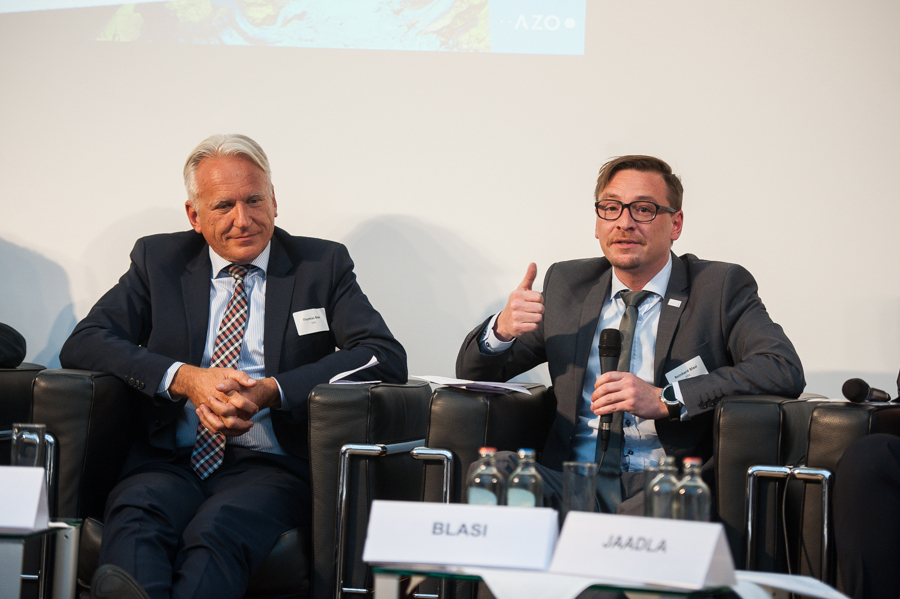 Speaking at the kick-off ceremony, Andreas Veispak, Head of the European Commission’s Space Data for Societal Challenges and Growth Unit, noted that the EU had invested a lot of money in satellites, and now stakeholders, including Member States, were looking for a return on this investment. “This can only be yielded through satellite applications that are of use to end users in the public and private sectors,” he said.

This is where the ESNC plays a key role. Since 2004, the Competition has been fast-tracking the most ground-breaking ideas for Galileo-related applications across Europe and beyond and transforming them into market-ready products and new ventures. Each year, the Competition helps promote over 400 business ideas and has already awarded prizes to more than 300 winners over the years, which represent just a fraction of the more than 3,700 innovative concepts submitted by over 11,000 participants.

With an impressive prize pool of over EUR 1 million, the 2017 edition of Competition will give entrepreneurs and start-ups with services, products or business ideas that use satellite navigation in everyday life access to more than 160 space-related stakeholders and allow them to benefit from support from over 40 incubators and the expertise of more than 250 experts.

As a special focus, this year GSA will present a prize for the most promising application idea focussing on how Galileo and EGNOS help support European Integration. Now that Galileo is delivering Initial Services, Reinhard Blasi, Market Development Officer at the European GNSS Agency (GSA), noted at the ceremony, the focus is shifting from not only embracing EGNOS on a European level, but Galileo on a global level. “Since December 2016 we have gone from deployment to delivering services, which means that today users can benefit from Galileo now,” he said. “In light of the 60th anniversary of the EU, and a milestone year when Galileo is operational, following the December 2016 Declaration of Initial Services, we want to raise the awareness of how EU investment in space is concretely benefiting Europeans and will continue to in untold ways for many years to come.”

Watch this: Europe for space, space for Europe

The ESNC winners can also benefit from the new ‘E-GNSS Accelerator’. This programme is a unique opportunity for entrepreneurs and start-ups to boost their business case on a broad scale and bring their products and services to market. The E-GNSS Accelerator will run for three years and will directly support the winners of the ESNC 2017, 2018 and 2019. As a result, the participants will receive even more prizes and services worth an additional EUR 500,000.