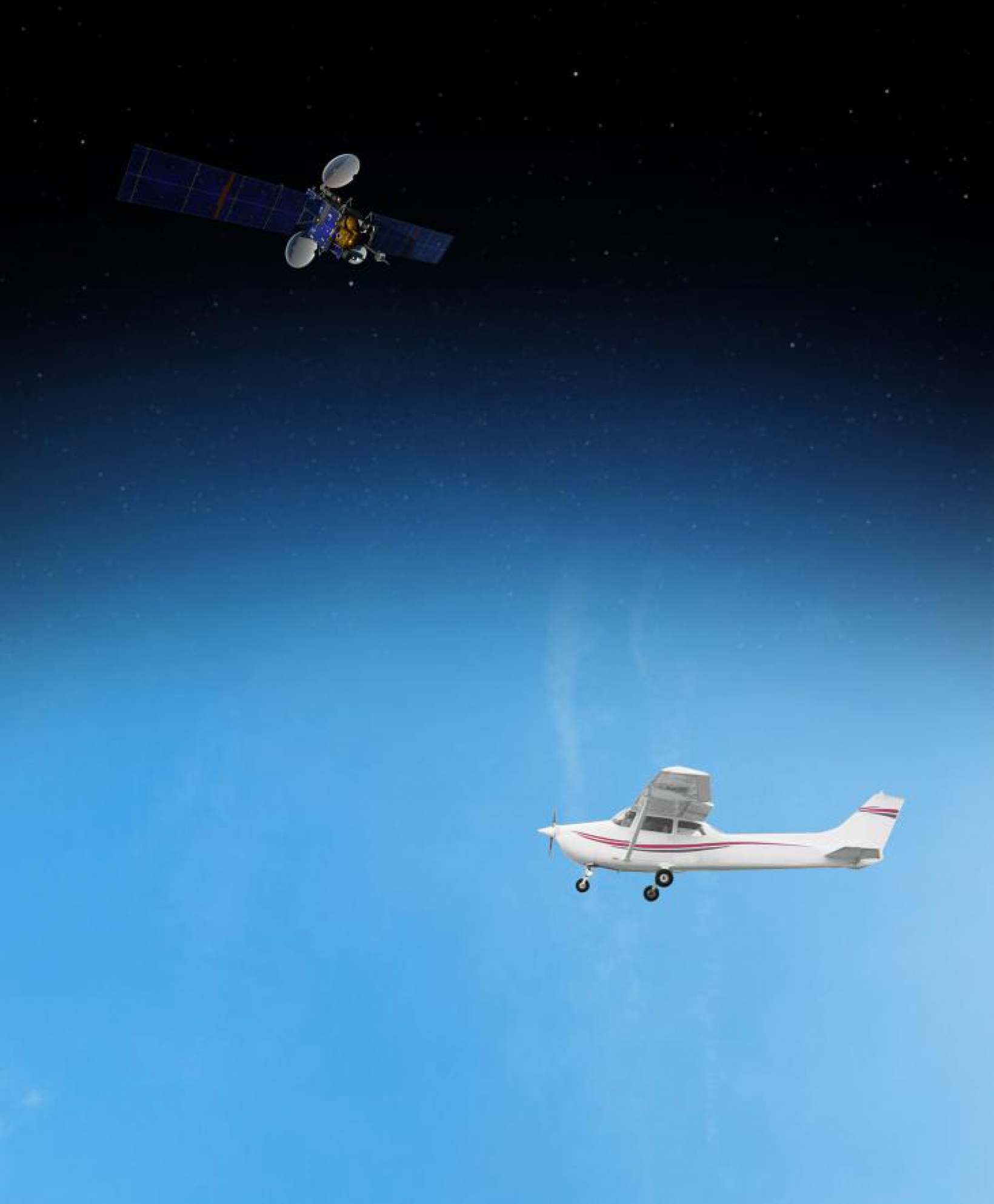 GSA demonstrated the benefits of EGNOS for general aviation at AERO 2017.

AERO is the largest Europe-based trade show for general aviation. The show takes place annually in early April at the Friedrichshafen Messe in southern Germany. Celebrating its 25th anniversary, AERO 2017 was a record breaker with over 700 exhibitors featuring a wealth of flying machines and services, from business jets and gyrocopters to drones and gliders. GSA was there showcasing the benefits of EGNOS for aviation on a dedicated stand and through a series of ‘targeted conferences.’

The AERO 2017 show ran from 5 to 8 April. The GSA shared its stand with the Horizon 2020 project CaBilAvi (Capacity building in Aviation) and adjacent to aircraft simulator company ALSIM, who were featuring their unique GSA-co-funded and EGNOS-equipped aircraft training simulator (see separate article).

GSA and CaBilAvi also organized a series of morning seminars for pilots, airport and aircraft owners, aircraft and avionics manufactures, aviation organization representatives, delegates and other aviation and GNSS enthusiasts during the week, outlining the latest news on satellite navigation for general aviation, followed by a more general panel discussion on the Saturday morning.

On the Friday morning, the GSA conference was opened by Katerina Strelcova , GSA Market Development Innovation officer, who outlined the development and current infrastructure for EGNOS across Europe, its benefits and future plans. 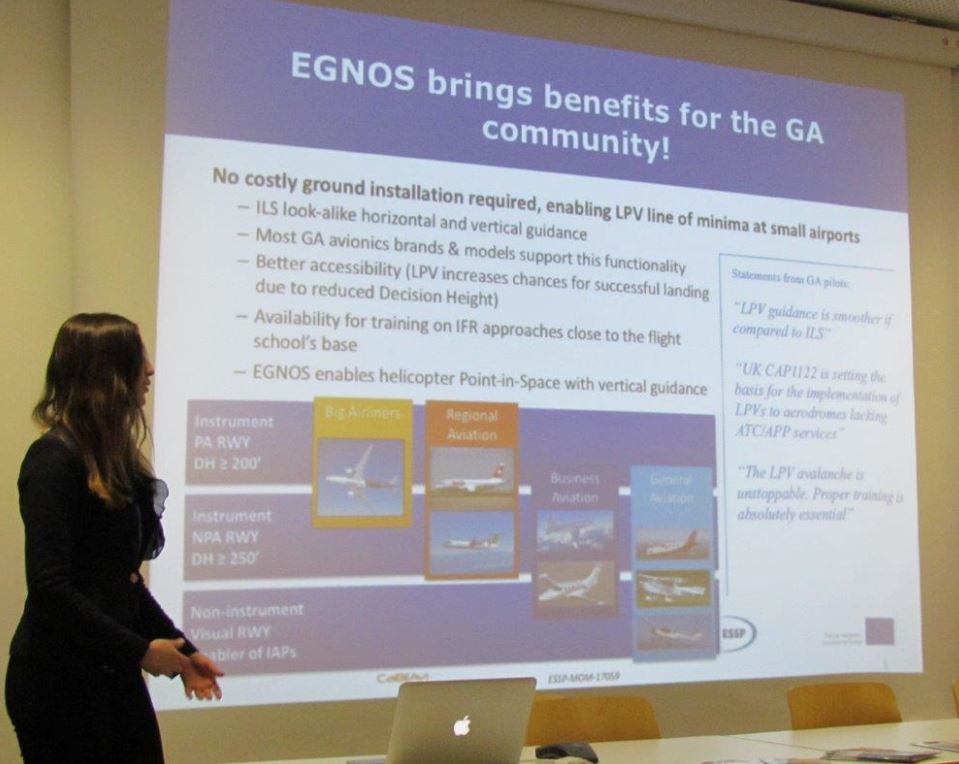 “There are big benefits for the general aviation community, including safer landings and wider accessibility to smaller airports, even in bad weather, without the need to invest in expensive ground infrastructure.” she said. “The GSA fully supports EGNOS implementation for the general aviation community, including co-funding of pilot projects for implementation on non-instrument runways without air traffic control, retrofit of aircraft and development of pilot training materials." She also highlighted the importance of cooperation with EASA and pilot organizations.

In a presentation held as part of the CaBilAvi project, Zilina University in Slovakia shared their observations regarding the impact of GNSS use on younger, inexperienced pilots as well as older, experienced pilots. They found that less experienced and younger pilots tended to rely more on GNSS navigation aids, often to the detriment of their overall situational awareness – i.e. focusing on the instrument screens rather than looking out of the windscreen. In contrast, the more experienced pilots were very aware of their surroundings, but often struggled to navigate the GNSS screens. Clearly these are issues that training needs to address.

The keynote speech on the Friday was given by the European Aviation Safety Agency (EASA) Head of General Aviation Dominique Roland. Mr Roland highlighted the importance that EASA  gives to general aviation and the Agency’s approach to achieving “simpler, lighter and better rules for general aviation” to underpin the continuing development of the sector in Europe. This means introducing new regulation only when it is really needed. 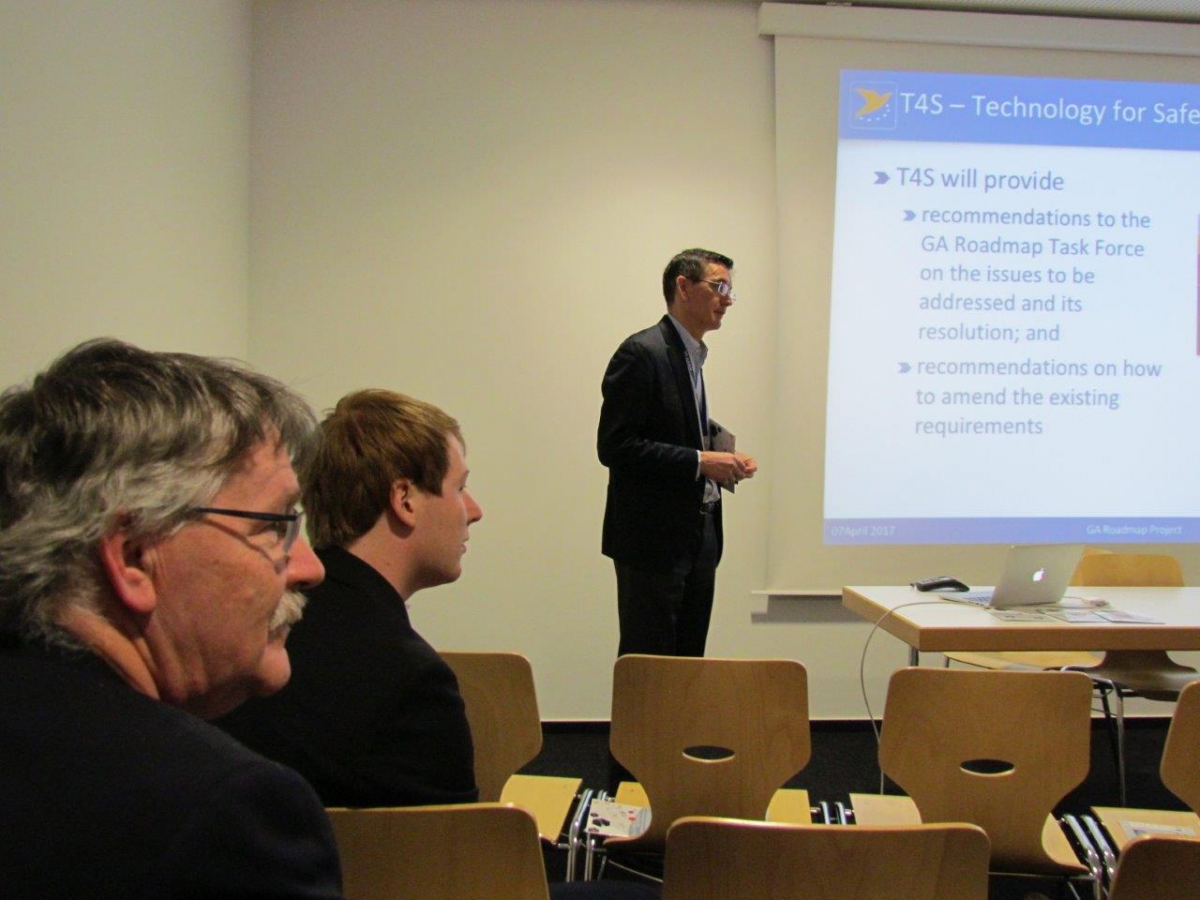 Of specific interest to GNSS and EGNOS is the EASA’s initiative to embrace new technology with the launch of the Technology for Safety (T4S) Task Force. T4S is chaired by a passionate general aviation pilot and will look into the options for how to quickly authorize use of new technologies. “Your safety is our mission,” said Mr Roland. However he cautioned that: “We will need to convince people involved of the benefit of new technology.” This meant developing methods that balance benefits with any new risks that new technology may bring.

Following his presentation, a lively question and answer session extended well beyond the seminar’s official endpoint, covering topics from drones to GNSS backup and how to accelerate the adoption of EGNOS procedures at local and regional level. Also, Mr. Roland mentioned that you can achieve a more stable approach with LPV procedures.

Other morning conferences during AERO 2017 included more on the CaBilAvi (Capacity building in Aviation) project (see below) and included contributions from European Satellite Services Provider (ESSP), ALSIM and a presentation by the CEO of AOPA UK on the GSA-co-funded GAGA project (see separate article) amongst others. The presentations can be found on the GSA slideshare and the Cabilavi website.

The GSA-funded CaBilAvi project has three main pillars of activity: first to develop a brand new training syllabus for pilots on preparing to fly using GNSS equipment; secondly, to promote opportunities to implement GNSS landing procedures in Balkan countries; and, thirdly, to provide general dissemination and communication activities on GNSS to the public and specific aviation stakeholders across Europe.

Pavel Dobeš, leading the CaBilavi consortium, confirmed that AERO gives him the opportunity  to discuss with pilots and other aviation stakeholders about the experience and insights gained during the project. “We have engaged with experienced instructors and examiners from flying schools during the project,” he said. “Most pilots don’t have this experience and we realized the proper education and training that is needed”.

The new training syllabus developed by the project shows how any potential risks can be mitigated in basic pilot training. The CaBilAvi website is a significant source of educational materials on GNSS for general aviation pilots and the project is publishing a series of training videos. The series will eventually contain 20 short episodes with a new video added every Tuesday.

“The video series is an important asset,” says the project coordinator. “They make the experience of our flight examiners and instructors available to all, each episode highlights an aspect of the limitations and risks of using GNSS to navigate for the average pilot. The videos show how to prepare and what you need to think about to be safe in the sky.”

On the Saturday morning, the GSA held a roundtable discussion in the largest theatre at the air show and screened the first four videos from the CaBilAvi Channel.