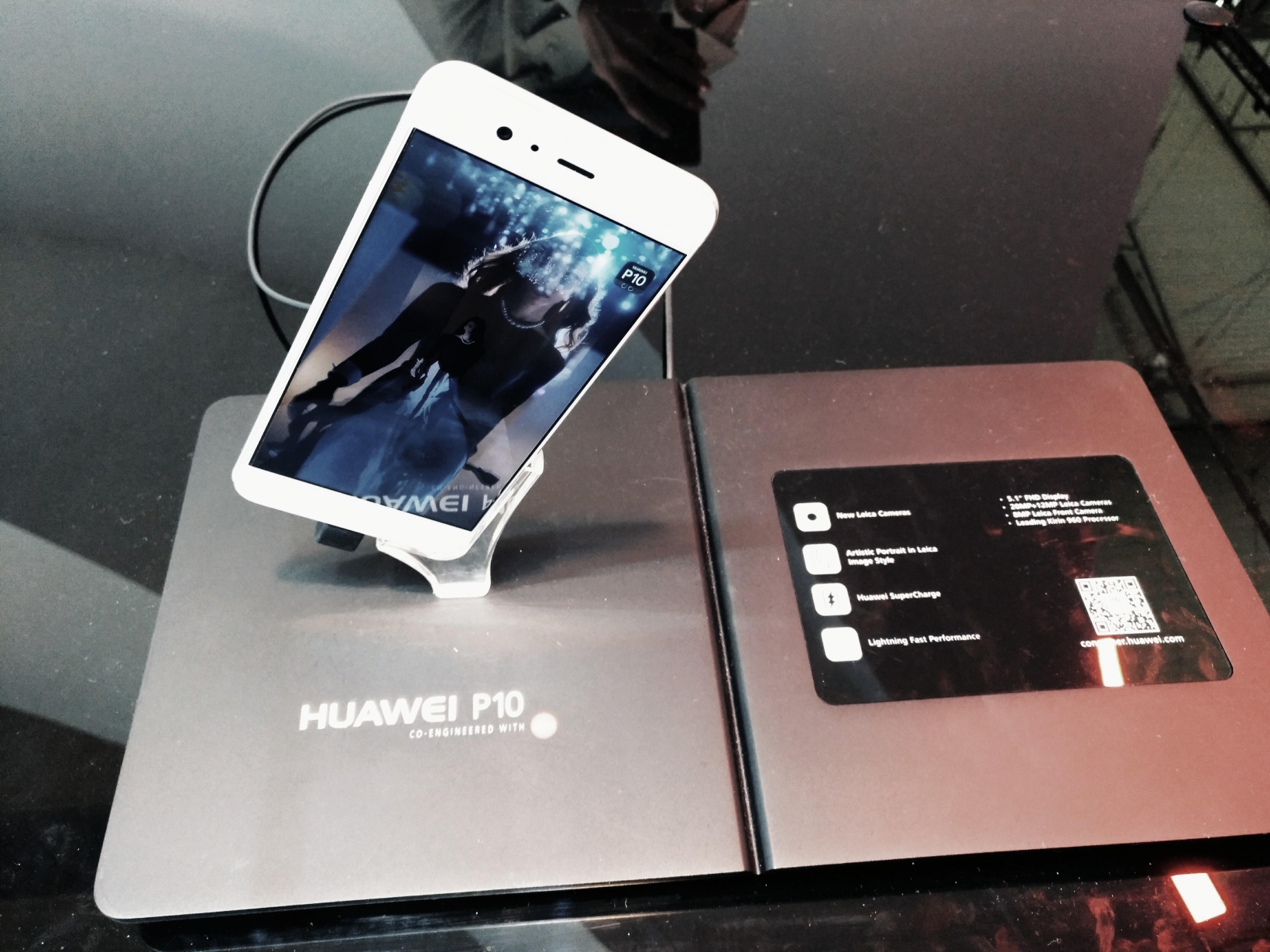 The latest Galileo-enabled devices, showcased at the 2017 Mobile World Congress

Mobile World Congress (MWC) and the Consumer Electronics Show (CES) are the world’s premiere consumer electronics and mobile technology trade shows. Held annually every winter in Barcelona and Las Vegas respectively, many leading companies use the shows to launch new flagship products – and 2017 was no exception.

What was unique this year, however, was the increasing number of GNSS-based innovations being launched – including several Galileo-enabled smartphones and chipsets. “One trend seen at MWC was a convergence between IT, the Internet of Things (IoT), the automotive sector, and traditional positioning technology,” says GSA Head of Market Development Gian Gherardo Calini. “Whereas this show was once dominated by smartphones, it has now expanded to include autonomous vehicles, wearables, drones and even robots.”

The same can be said of CES. “CES is the place to be not only for such traditional segments as LBS and road, but also emerging segments like drones, IoT and other cross-sectional solutions,” says GSA Market Development Officer for LBS and IoT Justyna Redelkiewicz.

Whether it be a chipset, smartphone, drone, robot or autonomous car, many of the technologies on display at MWC and CES were Galileo capable. Here’s a look at the role European GNSS plays in many of today’s most cutting-edge innovations.

International technology giant Huawei took the MWC stage to unveil its new P10 and P10 plus smartphones, both of which come Galileo-ready. For users, this means they can expect their Huawei phone to provide them with more precise positioning and better performance. Meanwhile at CES, the company announced its entry into the US market with the introduction of the Galileo-enabled Mate 9 smartphone.

One of the biggest surprises at MWC came from the Sony booth, where the company announced its new Xperia ZX Premium flagship smartphone. The phone will be the first to feature the Qualcomm Snapdragon 835 chip. This multi-constellation capable chip, which includes Galileo, features an advanced 10 nanometre design. Also promoted during CES, the 835 chip is 35 % smaller and uses 25 % less power than previous designs and has been engineered to deliver exceptionally long batter life, life-like virtual reality and augmented reality experiences, cutting-edge camera capabilities and Gigabit-class download speeds. 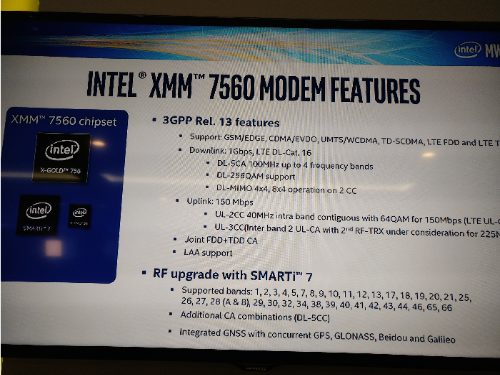 Getting ready for a 5G world

A key topic on everyone’s minds at both shows was 5G. According to Intel, 5G is expected to be one of the most important technological developments of our time, capable of connecting billions of ‘things’ that have never been connected before. In doing so, it will bring intelligence and data to cars, homes, buildings, factories, cities and infrastructure – fundamentally transforming the way we live. In order to realise the full potential of 5G, Intel is currently delivering new technologies, such as the Galileo-capable XMN 7560 chipset.

A different kind of mobile

Although the Mobile in Mobile World Congress traditionally referred to mobile phones, laptops and tablets, this year a different kind of mobile arrived: the car. For the first time, such automotive manufacturers as Mercedes-Benz, BMW, Ford and Peugeot all made an appearance on the exhibition floor. Although a regular feature at CES, as more and more vehicles become connected, one can only expect that this won’t be the last time we see vehicles at MWC.

This developing relationship between automotive manufacturers and mobile companies was on clear display at both MWC and CES. Take for example Peugeot’s Instinct concept car, which features the Samsung Artik Cloud IoT connectivity platform capable of aggregating data from smartphones and social networks. This data is then used to create unique profiles of the vehicle’s user.

Mercedes-Benz showcased several products from its Connected, Autonomous, Shared & Service and Electric Drive (CASE) strategy. One crowd favourite at MWC was the Smart Ready to Share service, which lets car owners share their vehicle with others, and the Smart Ready to Drop service, which allows packages to be delivered right to the trunk of your car. At CES, the company highlighted its Vision Van, a study for what it terms as the “innovative delivery van of the future”. The vehicle combines electric propulsion and a fully automated cargo space with integrated delivery drones. The van is a case study for the IoT vehicle, coming with such built-in smart technologies as a new telematics unit that collects and processes data concerning the status of a delivery, the present GNSS-based location and a fully automated management system.

Meanwhile, BMW demonstrated how its Connected Service keeps their customers on time, in touch and in control via such touch points as smartphones, smartwatches and voice assistants. In its current format, the service helps users with trip planning and remote control functions. However, in the near future, this capability will be expanded to include alerting when the car is due for service and offering a choice of appointments available at the local dealer. At a CES press conference, the company announced that it plans to put a fleet of 40 autonomous BMW 7 Series test vehicles on the road by the second half of this year.

One highlight at CES was the unveiling of the Toyota Concept-I vehicle, which will be able to measure your emotional responses to the places you drive, using this information to build a relationship between the vehicle and the user. Also at CES, Honda unveiled its Cooperative Mobility Ecosystem concept, which brings together artificial intelligence, robotics and big data. The concept aims to mitigate traffic congestion and eliminate traffic fatalities while also increasing the productivity of road users and delivering new opportunities for in-vehicle entertainment.

Of course the success of all these connected cars depends on the availability of accurate and reliable GNSS. A key roadblock to their development is that the available level of guidance and positioning relies on what has been called “severe simplification of road descriptions” that are not valid for such next-generation uses as lane-level positioning. “The launch of Galileo Initial Services has allowed the industry to take an important step towards achieving the necessary level of accuracy and reliability,” explains GSA Deputy Head of Market Development Fiammetta Diani.

According to Diani, with Galileo satellites working in conjunction with GPS, there are more satellites available, meaning more accurate and reliable positioning for end users. In particular, navigation in cities, where satellite signals can often be blocked by tall buildings, benefit from the increased positioning accuracy this provides. “Galileo also offers a second frequency, E5, and a planned authenticated signal capable of detecting spoofing attacks – both essential contributions for the safe operation of autonomous cars,” she says.

Dawn of the GNSS age

Both MWC and CES saw an increase in the number of drone companies on the show floor, with 42 different UAV companies exhibiting at CES alone. Although none of the products on display were Galileo ready yet, many companies noted that they had plans for doing so in the coming months. This is because many see GNSS as an answer to mounting concerns about drone safety, especially in light of reports of crashes and of incidents where drones have encroached on security-critical spaces. Luckily, GNSS offers a solution.

“In order to operate safely, drones are becoming increasingly dependent on satellite navigation signals, including Galileo, for their precise positioning and orientation information,” says GSA Manager of the GNSS Market Report Martin Sunkevic. “It is because of this precise positioning that drones and all of the innovations seen at MWC and CES depend on that GNSS will become the essential infrastructure for the technology of tomorrow.”

The upcoming 2017 GSA GNSS Market Report will include a special section on UAVs.