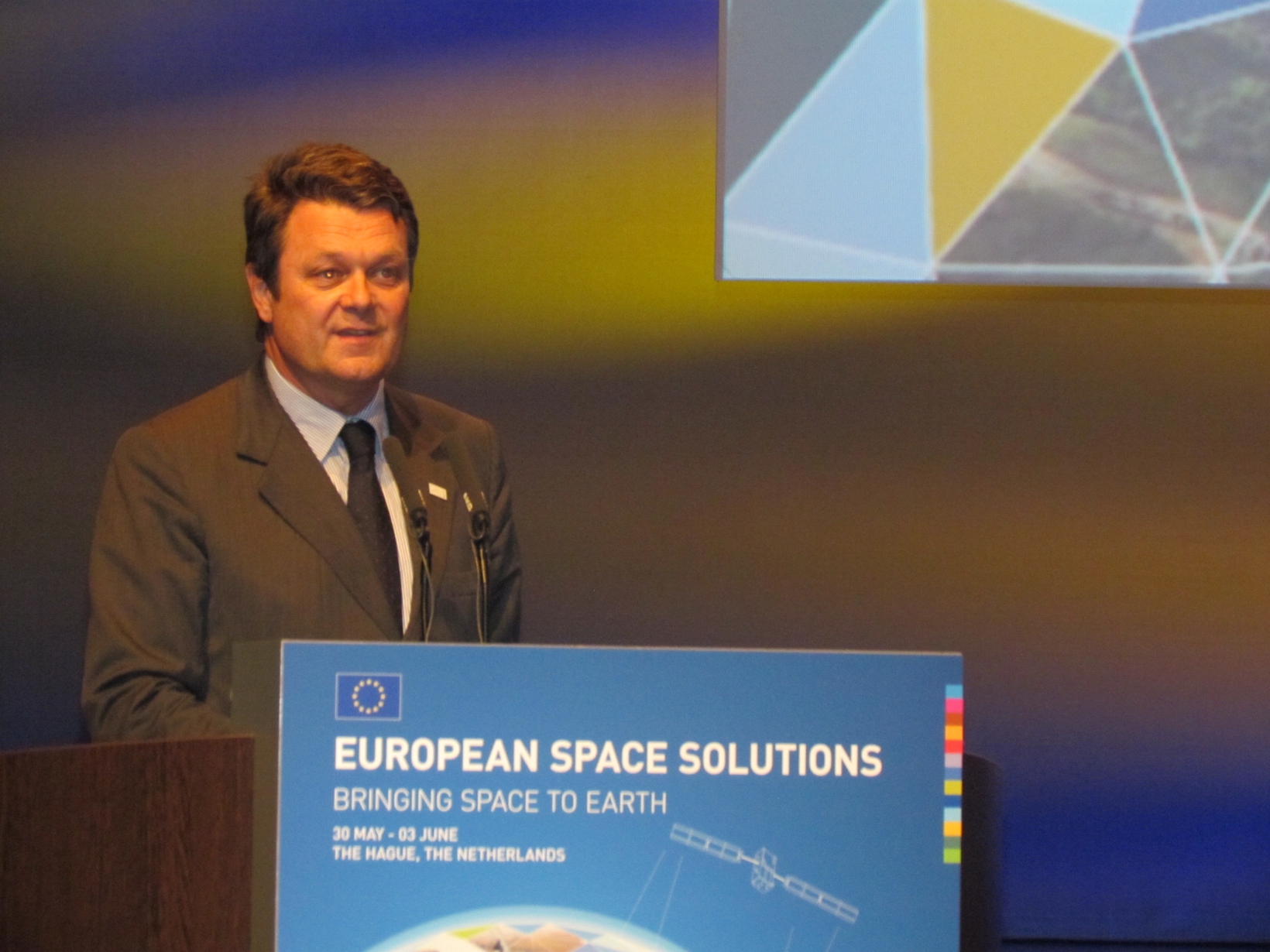 “Now, more than ever, the challenge is to convert the success of the Galileo programme into tangible goods and services for jobs and growth.”

The fourth edition of the European Space Solutions conference has launched in The Hague, promising a week of exciting discussion and interaction on European space policy and innovation – with European GNSS and the European GNSS Agency (GSA) taking centre stage.

Dutch astronaut André Kuipers officially kicked off the fourth edition of the European Space Solutions conference in The Hague by setting the scene with stories from his time on the International Space Station. Yet even when floating far above the Earth, Kuipers noted his appreciation for the increasing impact that space exploration and space technology has on our daily lives here on the ground. “Whether it’s weather forecasting, providing high precision agriculture or monitoring pollution, space directly impacts everyone’s lives – making us all astronauts on spaceship Earth,” he says.

This theme of linking space technology to earth was a common one throughout the conference’s opening plenary session. “Space technology and data can help resolve issues faced by humanity and help us build practical solutions,” says Dutch Minister of Economic Affairs Henk Kamp, representing the Netherlands Presidency of the Council of the European Union, the official host of the conference. “Space is important for the future of Europe – and Europe is important for the future of space.” On this point, he highlighted Galileo and EGNOS as prime examples of European projects providing global precision and helping to give Europe a competitive edge is such areas as trade and security.

With the declaration of Galileo Initial Services set for later this year, the timing of the conference couldn’t be better. “Now, more than ever, the challenge is to convert the success of the Galileo programme into tangible goods and services that will fuel jobs and growth,” adds European Commissioner for International Market, Industry, Entrepreneurship and SMEs Elżbieta Bieńkowska.

Representing a major step towards accomplishing this objective, the Commissioner joined Dutch Minister of Infrastructure and the Environment Melanie Schultz van Haegen and GSA Executive Director Carlo des Dorides in signing an agreement to establish the Galileo Reference Centre (GRC) right here in the Netherlands. The core mission of the GRC is to perform independent monitoring of Galileo’s performance and report on its findings.

Although already today an array of applications and services are taking advantage of space technology and data, including GNSS and Earth observation, many presenters stressed the need to create more awareness about the role that space plays in our everyday lives. “Connectivity is the oxygen of business, and connectivity and applications are the key to creating jobs and growth,” says Member of the European Parliament Cora van Nieuwenhuizen. “This leads us to only one conclusion: it must support space.”

This is a sentiment echoed by European Commission Director-General for Internal Market, Industry, Entrepreneurship and SMEs Lowri Evans. “We are in the midst of an important and exciting economic moment for the European pace sector, but we need to shift our attention away from the hardware and towards the applications,” she says. “We need to get the data flowing, and this requires us to focus on research and innovation, unlocking skills, ensuring investment and looking at appropriate regulatory tools.”

But this isn’t to say that applications aren’t already benefiting from the technology. For example, in aviation EGNOS is facilitating the safe operation of aircraft at over 200 European airports – a number set to double by 2018. “This innovation represents the biggest technological revolution in aviation since the invention of radar, and the lessons we are learning here are now being exported to such domains as the rail sector,” says des Dorides.

Des Dorides also pointed to the area of location based services (LBS) and the geopositioning market, where the ubiquitous positioning provided by GNSS is being integrated with other technologies to deliver robust, reliable and secure positioning information. “GNSS receivers capable of capturing positioning, navigation and timing data will generate huge, rich data flows – making for a very interesting future for Galileo and its applications,” he concludes. 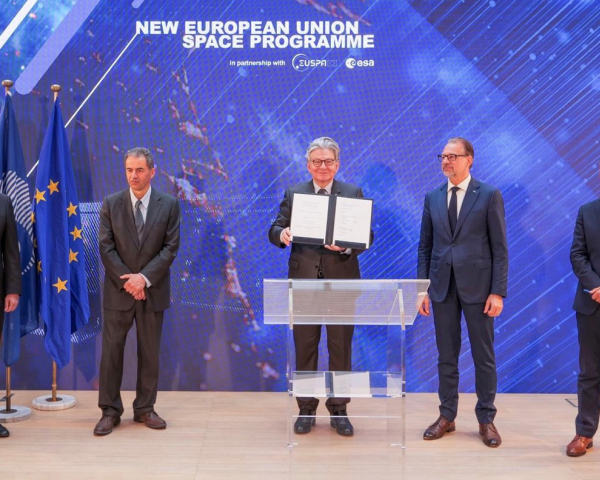