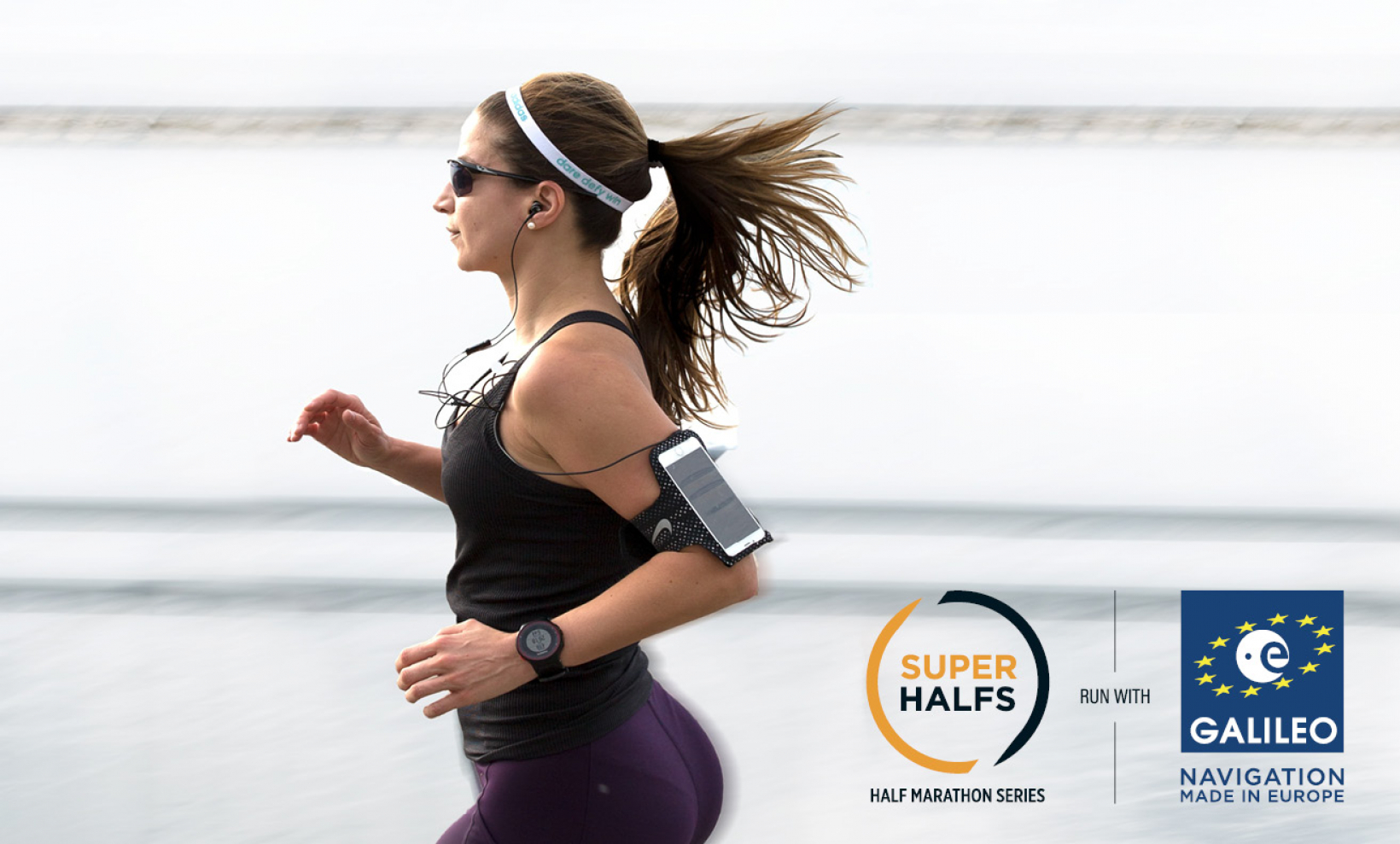 The SuperHalfs is a series of the world’s leading half marathons.

The European GNSS Agency (GSA) and SuperHalfs are delighted to announce that Galileo has thrown its support behind the international half marathon series and will become the Presenting Partner. The news comes as thousands prepare to plot their running journey across the continent.

The SuperHalfs series will welcome thousands of runners and millions of spectators, both attending the races and viewing the global coverage from their homes when the series kicks off in Lisbon next month, moving then to Prague hosting the second leg before it heads to Copenhagen.

“One of the core values of SuperHalfs is to open up new horizons to runners, just as Europe is doing by providing timing and positioning services through Galileo, Europe’s civilian Global Navigation Satellite System,” said SuperHalfs Founding Member Carlo Capalbo.

The Galileo constellation is the result of unprecedented cooperation and innovation between European Member States, industries, SMEs and user communities. Through SuperHalfs, a similar innovative and collaborative partnership has begun between European cities.

“The SuperHalfs series gathers people who already understand the importance of accurate positioning and timing in monitoring sports performance, and to whom we want to pass the message that this accuracy is also being provided by Galileo, Europe’s global navigation satellite system, and is already available in their watches, smartphones or wearables. We are looking forward to seeing SuperHalfs runners run, and win, with Galileo,” said Pascal Claudel, Acting Executive Director of the European GNSS Agency.

The flourishing market for wearable sports tracking devices, for example fitness trackers or smartwatches and eHealth apps, is clear evidence that runners are already benefitting from the precise positioning, timing and navigation provided by Galileo. According to the GSA GNSS Market Report 2019, wearables are the second most sold GNSS device after smartphones, reaching 70 million shipments globally in 2019, and the market is expected to grow 13% annually to reach 240 million shipments by 2029.

The appetite for the SuperHalfs series has exceeded all expectations, with three of the five events already sold out and the other two very close, after an influx of international participants chasing SuperRunner status. Thousands of runners from around the world have created a virtual passport and started planning their journey ahead of the first race in Lisbon on 22 March. Many will be using Galileo-enabled devices as they plan their participation, using mapping apps or tracking their progress in training with a location-based fitness tracker.

While most of the general entries to some of the Half Marathons have sold-out, runners can still secure a place through the events’ charity partners. For more information, click here.

The SuperHalfs is a series of the world’s leading half marathons, including races in Lisbon, Prague, Copenhagen, Cardiff and Valencia. It offers running enthusiasts the opportunity to embark on their own running adventure whilst being rewarded for their efforts with exclusive benefits such as guaranteed entry, merchandise, stamps in a SuperPassport and a SuperMedal for completing the five-race circuit within 36 months.

All of the events are World Athletics' Gold Label races or are run on World Athletics (IAAF) World Championship courses. They are certified by AIMS or have been awarded a 5 Star Road Race standard by European Athletics. What's more, several races in the SuperHalfs group have played host to World Record performances.