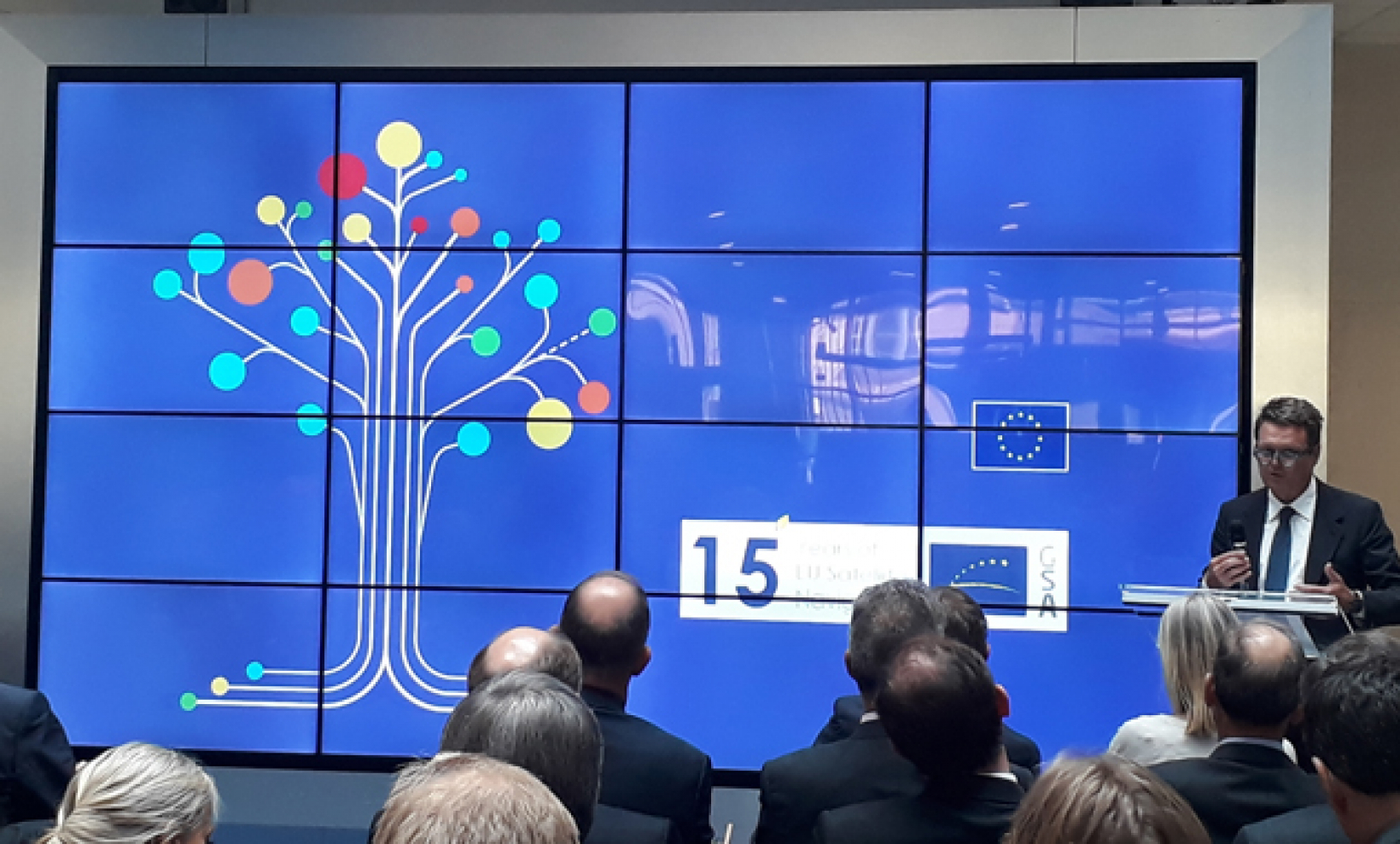 “GSA has been at the heart of the EGNOS and Galileo programmes over the past 15 years,” Carlo des Dorides.

The European GNSS Agency (GSA) is hosting a special event on September 10 to mark the 15th anniversary of its creation. The Agency was set up as the European GNSS Supervisory Authority in 2004 to oversee the development of the European space programmes EGNOS and Galileo.

“Over the last 15 years, the GSA has become one of the key players in building Europe’s independent capacity in satellite navigation,” said Commissioner Bieńkowska, responsible for Internal Market, Industry, Entrepreneurship and SMEs. While participating in the celebrations, the Commissioner also presided over another historic milestone for both the Galileo programme and the GSA – the countdown to the 1 billionth Galileo-enabled smartphone sold.

GSA Executive Director Carlo des Dorides said: “It is an honour and a great pleasure to celebrate this important milestone with representatives from all our stakeholders - the Commission, users, industry and other institutional bodies. Their presence here clearly shows that the GSA is delivering on its mission– linking space to user needs”.

“15 years ago, no one imagined how far the GSA and the EU satellite navigation systems EGNOS and Galileo would go. Now, no one can imagine Europe without Galileo and EGNOS, or Galileo and EGNOS without Europe. The GSA has been at the heart of these two programmes, accelerating progress in service provision, market uptake and guaranteeing operation security over the past 15 years. All that has been accomplished has been made possible thanks to the unique blend of expertise, dedication and commitment of the GSA’s staff,” des Dorides said.

Speaking at the event, GSA Administrative Board Chair Jean-Yves Le Gall said: “Today thanks to the European Union’s impressive investment, the European Space Agency’s technical expertise and the GSA’s outstanding commitment, Galileo is offering the best localisation available worldwide. The range of applications is vast. This is structuring our economy and the implementation of the public policies to ensure that European companies are taking full advantage of these fantastic services.”

Czech Transport Minister Vladimir Kremlik noted the importance to the Czech capital of hosting the EU agency. “It has been fifteen years of hard work and continual development. By chance it is also seven years since the seat of GSA has been relocated from Brussels to Prague. I am very proud, that the Czech Republic is the hosting country of the seat of such an important European agency with real global reach,” the minister said.

Galileo will soon reach its Full Operational Capability, a phase that will require new governance to comply with benchmarked standards for the management of operational satellite services. It was with this in mind that the European Parliament and the Council agreed on a new EU Space Programme Regulation establishing the EU Agency for the Space Programme (EUSPA) as the successor to the GSA.

“In the new governance the Commission will continue to be responsible for managing the overall programme. The GSA, to be renamed the 'EU Agency for the Space Programme', will increasingly support the exploitation and market uptake of EU space activities and play an increased role in ensuring the security of all programme components. The intergovernmental European Space Agency (ESA), given its expertise, will remain a major partner in the technical implementation of the EU space programme,” des Dorides said.