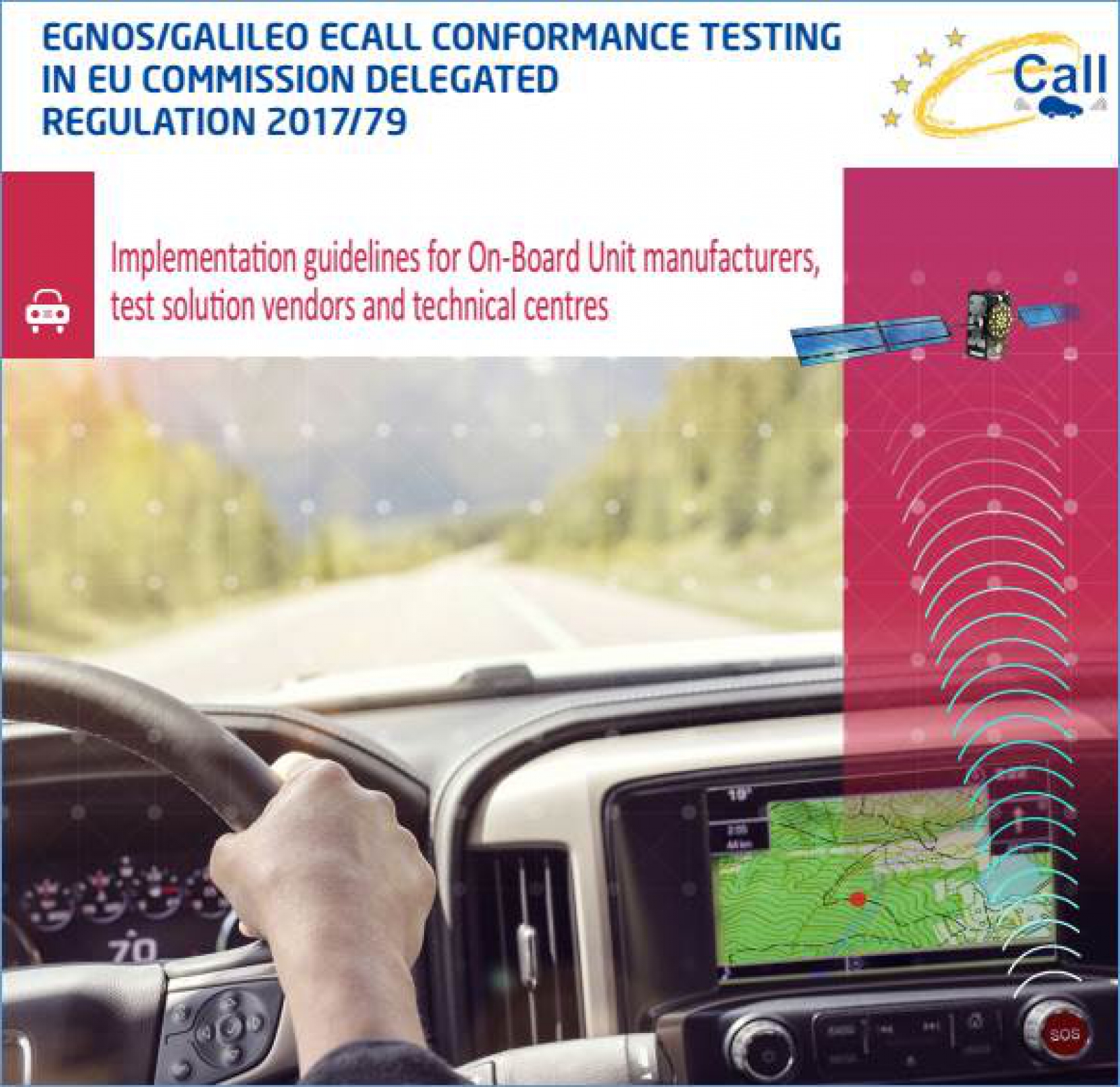 The implementing guidelines will facilitate the implementation of eCall testing by technical centres in charge of issuing the EC type-approval for eCall On-Board Units.

The European GNSS Agency (GSA) and the Joint Research Centre, the European Commission’s in-house science service, have published a joint report containing a set of guidelines to facilitate the implementation of eCall testing in compliance with the EU Regulation 2017/79 by technical centres in charge of issuing the EC type-approval for eCall On-Board Units (OBU).

This testing initiative followed the publication, on 17 January 2017, of European Commission Delegated Regulation (EU) 2017/79, which stipulates that all new models of passenger cars (M1) and light duty vehicles (N1) types must be equipped with eCall in-vehicle systems as of 31 March 2018.

Commenting on the motivation behind the eCall guidelines, GSA Executive Director Carlo des Dorides said that, thanks to its in depth GNSS market knowledge and the support of the entire user community, the GSA identified the need for the eCall industry value chain to pre-test the accuracy of their new devices and understand how to reap the benefits of Galileo.

“Many leading industry players, from chipsets to on-board-system manufacturers and car-makers, joined GSA and JRC in this initiative. They fully appreciated the support offered to enhance their products, which by 2021 will reach cumulative sales of 13 million units, representing about 90% of newly sold cars in Europe. Based on the outcome of this  testing, we are now publishing these Guidelines for manufacturers,  a resource that will facilitate and accelerate the adoption of Galileo in all new models of cars in Europe, contributing to faster emergency response and ultimately saving lives,” des Dorides said.

The campaign, being conducted in cooperation with the European Commission’s Joint Research Centre (JRC), aimed to pre-test eCall in-vehicle models and evaluate their compatibility with the positioning services provided by Galileo and EGNOS in accordance with the test procedures established by the EU Regulation. The tests made it possible to thoroughly review the requirements and the test procedures, assessing a wide range of different testing implementation options. Among others, the tests assessed:

Elżbieta Bieńkowska, Commissioner for Internal Market, Industry, Entrepreneurship and SMEs, said: “Knowing the precise location of an accident is crucial for saving lives. Using Europe's own satellite navigation system Galileo, which is operational for a year now, will enable the emergency response teams to locate the accident with much greater accuracy. The mandatory eCall system is a puzzle piece of how our mobility will look like in the future: connected and automated driving with low and zero-emission cars. With the roll-out of eCall in April 2018, we are taking a major step forward for adoption of Galileo in the automotive market."

Based on the extensive tests, which were conducted at the JRC’s GNSS laboratory in Ispra, Italy, a number of recommendations were made, which are relevant to one or more test procedures Some recommendations with the potential to substantially affect the final result of the testing include:

The guidelines aim to illustrate how the requirements stated in the eCall Regulation might be translated in practice into a suite of test scenarios, acknowledging that several alternative testing configurations and implementations can be compliant with the EU Regulation. The full list of recommendations is available in the report.

An opportunity not to be missed

The test campaign is still ongoing. Manufacturers are encouraged to take advantage of this opportunity, which is completely free-of-charge and voluntary, to support their preparation for type approval. All results will be kept confidential and covered by individual non-disclosure agreements.