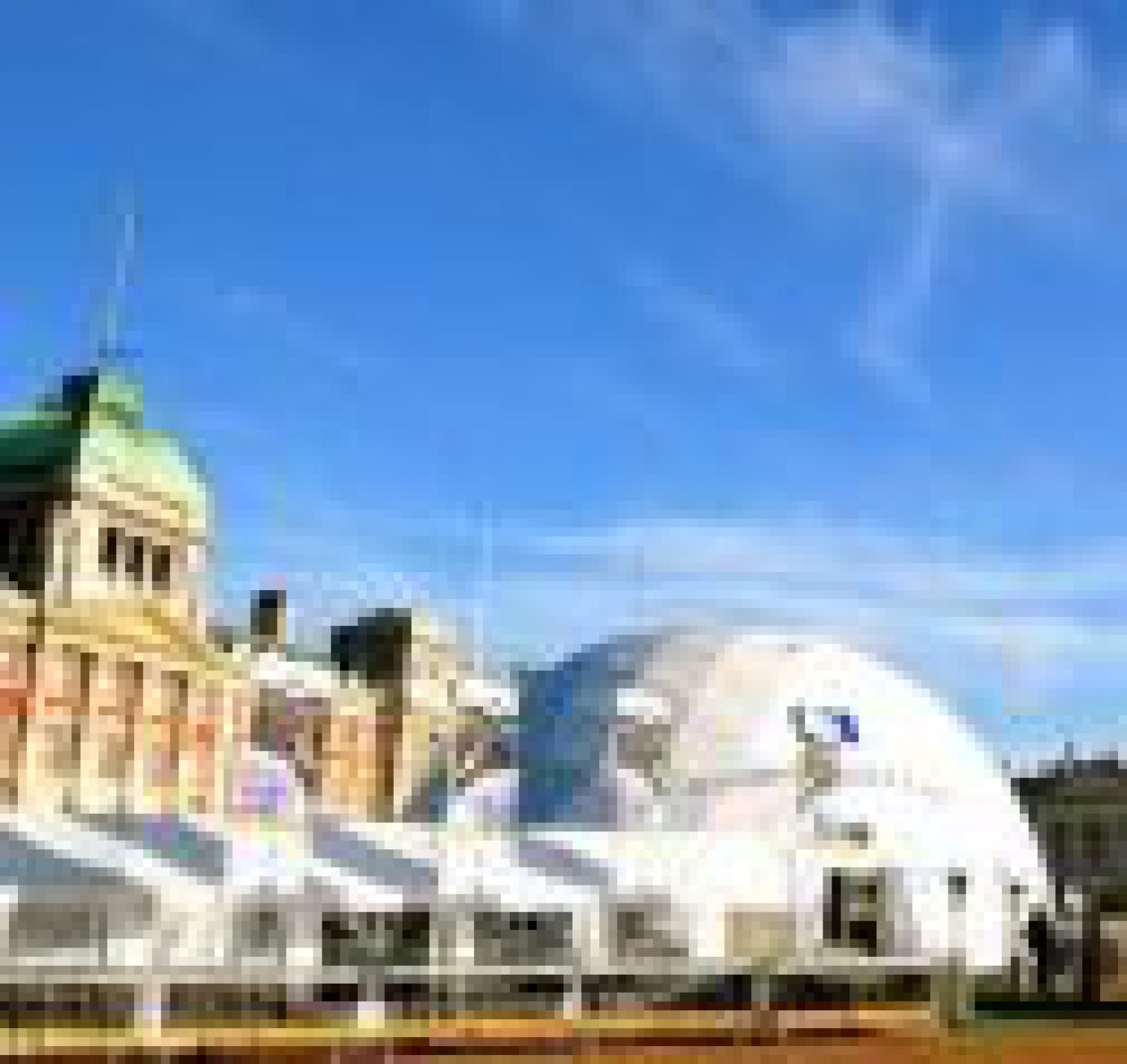 Satellite applications are being increasing used to help disabled people in a variety of ways. Some pioneering ideas were on display at the European Space Expo in London. 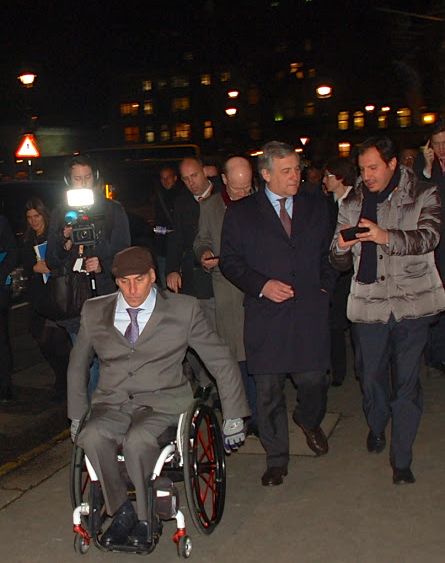 Peter Norfolk OBE is a Paralympian legend. Known as the ‘Quadfather’, he won gold medals in wheelchair tennis in the 2004 and 2008 Paralympic Games, and was the flag-bearer at the London 2012 Paralympic Opening Ceremony.

But despite his iconic status, Norfolk still faces hurdles to everyday life: he remains in a wheelchair and cannot enjoy many of the simple conveniences that most people take for granted – which is why he was so entranced when he visited the European Space Expo on 3 December. The travelling exhibition about satellite technology hosted a special exhibition entitled ‘Space Solutions for Assisted Living’ and featured devices ranging from special handheld guides to augmented low vision glasses and emergency call phones. All made use of satellite technologies to help people with disabilities.

Norfolk himself has founded a company called Equipment for the Physically Challenged, which specialises in mobility equipment for physically challenged disabled people, but he admitted that he never thought of applying space technologies. “When I had my motorcycle accident 33 years ago, space and satellites were seen as science fiction,” Norfolk said. “It has moved on now, and it is wonderful.”

Devised to help the disabled

The European Space Expo was held in London’s Horseguards Parade, and coincided with the European Space Solutions (ESS) conference held in Central Methodist Hall nearby. Arriving at the ESS, Norfolk was given a new satellite technology system, Inclusion, to help guide him on the short walk to the Expo. A handheld application, Inclusion is a location-based service (LBS) solution offering motor-impaired persons improved mobility in safe conditions, helping them navigate traffic safety problems and limited accessibility of public transport.

“Satellite technologies are helping the disabled and wheelchair-bound massively,” Norfolk said. “I was extremely pleased to see such advancement, particularly with the sat-nav system, which shows you the way to go without steps. It’s a marvellous way to use the technology, and something I didn’t expect to see.” 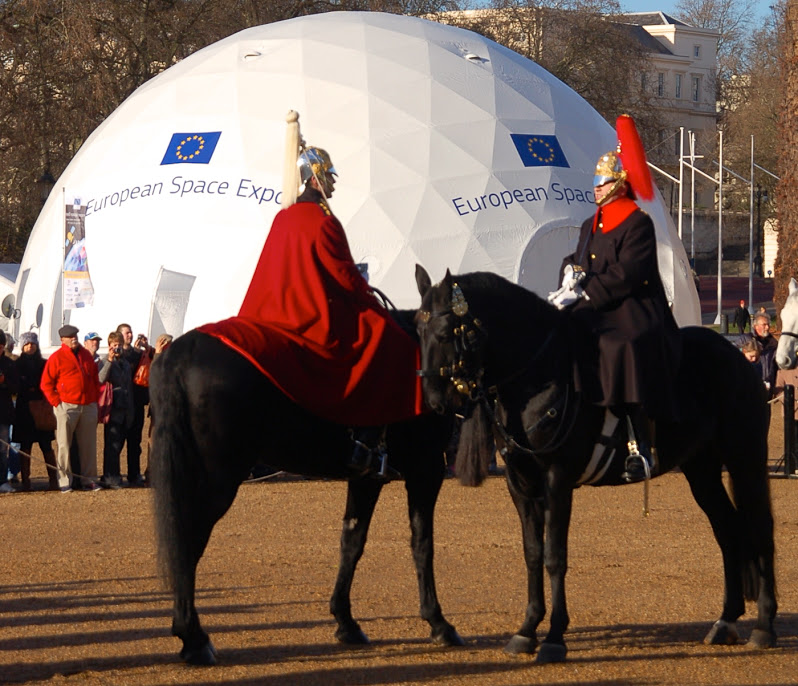 European Commission Vice President Antonio Tajani, who has long championed the use of space technologies to help disabled persons, accompanied Norfolk from the ESS to the Expo. “We do not always realise the benefits of space services and their applications,” said Tajani. “They are, however, all around us.”

They were joined by David Willetts, UK Minister for Universities and Science, who said, “The European Space Expo reminds us all of wide range of different applications,” adding that, “The real purpose is the use to which we can put the technology.”

The showcase at the Expo took place on the United Nations’ International Day of Persons with Disabilities, commemorating the more than one billion people (or approximately 15%of the world’s population) living with some form of disability.

Luk Zelderloo, Secretary General of the European Association of Service Providers for Persons with Disabilities (EASPD), said the day was about commemorating that “disability is not about deformity or pity.” He said technology can empower people with disability and can contribute to quality of life. “It is a win-win for science business and helping community, and it facilitates human rights.” 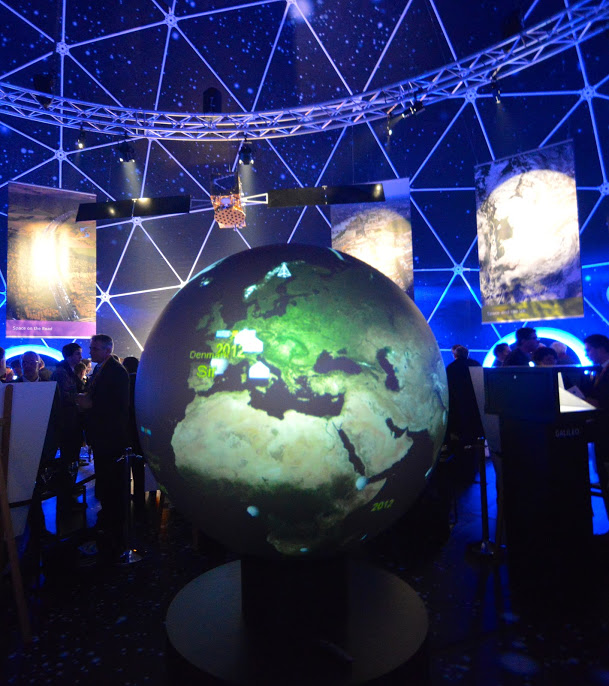 Amongst the technologies on display was Guide4Blind, a prototype handheld device offering tourism information for blind and near sighted people. Using GNSS signals to locate positions down to one metre accuracy, it can provide a range of regional tourism services oriented towards the needs of blind and visually impaired persons. The system currently uses GPS and GLONASS signals, but Jürgen Alberding, the founder and owner of Alberding, which makes Guide4Blind, says it will be using Galileo signals when the system comes online from 2014. “Galileo means additional satellites, more accuracy, and more places we can use it,” Alberding said.

Another was the BlueCall Phone, a user-friendly cell phone with four functions, which is adaptable to the needs and abilities of people with mental or cognitive challenges. “The vision was how to give users more autonomy so they do not need to be accompanied all the time,” said BlueCall Phone’s Ann Decorte. Smartphones are often too difficult for people with mental or cognitive disabilities, but BlueCall Phone has several simple apps that are very easy to use. At the same time, it's a help line: it can be activated easily, and carers can see where users are.

Not every initiative is a new technology. Wayfinding, an initiative of the UK’s Royal National institute of Blind People (RNIB), is about urging solutions for the blind. “While there are satellite navigation systems out there, there are none that are pedestrian-centric,” said RNIB, Edward Chandler. He said that systems directing users to walk down the middle of a road were of little use to blind people, who need to know where the pavements are. “We are engaging with mapping and satellite providers to see how we can improve the situation,” Chandler said.