MyGalileoApp: the results are in! 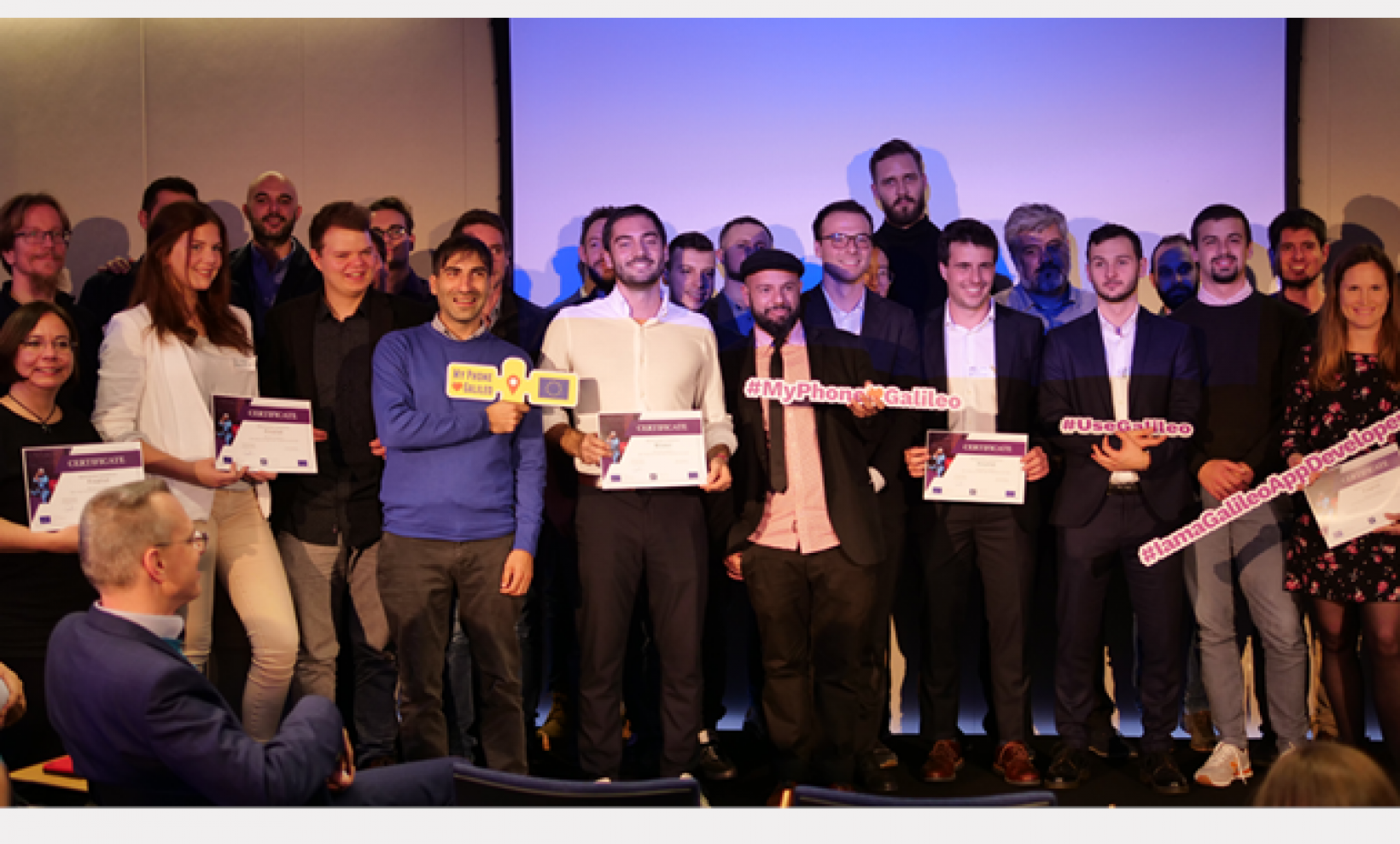 The winners of this year’s MyGalileoApp competition have been announced at a ceremony held at the European GNSS Agency (GSA) headquarters in Prague on November 7. First prize of EUR 100,000 went to ARGEO, a mobile app based on geolocation, augmented reality and blockchain that allows users to discover content such as prizes, coupons and shopping cards geo-located around the streets of a city.

Second prize, worth EUR 50,000, went to the Tractor Navigator app, which provides guidance for farmers driving tractors, enabling them to visualise their position and trajectory in an open field. Finally, the EUR 30,000 third prize went to Ready Park, an app that makes parking easier by pairing drivers leaving a spot with users looking for one.

The 10 finalists from 8 countries made their pitches to a panel of jurors throughout the afternoon of November 7, after which the jury reached its decision on the winning apps. Welcoming the competitors to the finals, GSA Executive Director Carlo des Dorides noted that the 10 finalists had been selected from a total of 150 competing teams, representing more than 35 nationalities. 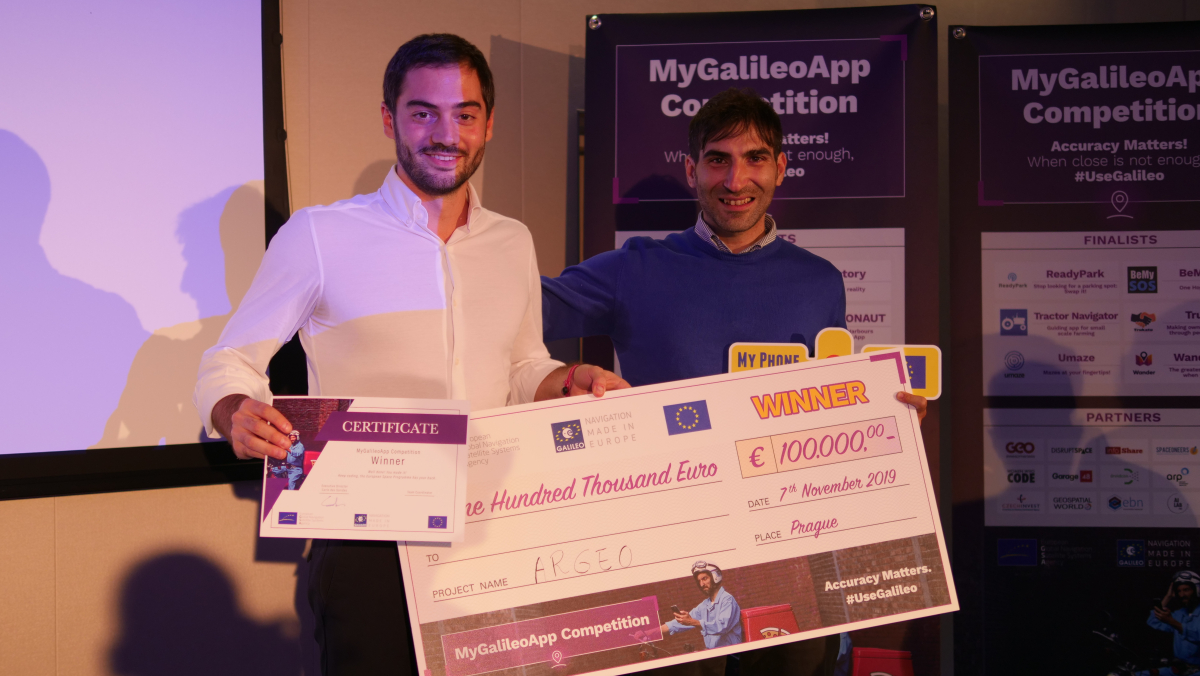 “The MyGalileoApp competition is the largest app development competition ever organised within the Galileo programme. After reaching 1 billion smartphones equipped with Galileo earlier this year, the next big challenge is to develop applications that will make best use of the Galileo differentiators,” des Dorides said.

Read this: Galileo Innovators – take up the challenge!

Following the pitches was an investors’ panel, with presentations by experts from various institutions, including venture capital firms and accelerators, providing information on how apps can bridge the gap between great ideas and viable business opportunities.

“Private and public investors will have an opportunity today to expand their investment portfolio with the Galileo apps generated by the competition, helping to transform the apps into commercial successes,” des Dorides said, adding that the goal of the MyGalileoApp competition was not just to make beautiful apps, but to create jobs and generate economic growth. For a full agenda of the day’s events, click here.

The GSA’s MyGalileoApp Competition challenges developers to design, develop, test and commercially launch a mobile application that provides a position and/or time fix using a Galileo-enabled smartphone equipped with Android /IOS operating system. It must also demonstrate how the increased accuracy/availability provided by Galileo within a multi-constellation/multi-frequency solution adds value to the application.

The applications should target one of the following areas: