Information on rail-based modes of transportation is usually available online, or may be supplied by the local operator. Timetables for each station are available on a regular basis for the Athens metro system. The Athens tram system is GPS-enabled, thus timetables and estimated times of waiting are tracked and being made available. In Paris, the respective metro system information is available via an interactive map. There, timetables are available as well as a route planner and proposal tool, which takes into account all available means of transport so as to propose a route to the traveller based on defined start and destination points. In London, tube timetables and frequencies are available.

In the case of non rail-based means of transport, such as buses, delays due to traffic may be significant although usually only timetable information is available. In Athens, there are specific GPS-enabled bus routes, offering the possibility of tracking bus delays and road traffic information. It should be also noted that major public transport contributors have developed application tools in order to offer information about bus, metro routes, etc. connecting one point to another, to enable the planning of a journey using public transport.

A mobile GNSS platform will display the optimum route/transport combinations to users for their journeys, based upon their location. The OPTI-TRANS platform will create peer-to-peer ad-hoc groups of passengers based on predefined geographical areas and commuter profiling information to allow users with similar destinations/routing information to car-pool and share different modes of transport. It will interface with existing database systems providing public transport information to provide the most optimal multi-modal solution for users. It will incorporate the principles of transport-on-demand through car-pooling services and passenger-on-the-curb facilities enabling privately owned vehicles to be shared with others subscribers.

The proposal fully meets the project objectives for the target outputs in demonstrating the potential for LBS and GNSS technology, to both the general public and public transport authorities. The OPTI-TRANS system will not only provide the means to investigate the feasibility of a dynamically updated, location-aware pedestrian and public transport navigation tool, but will offer this service as an end product. This will be made possible by developing both the OPTI-TRANS platform and the OPTI-TRANS GNSS-enabled mobile application.

The objectives of the project are:

The OPTI-TRANS GNSS-enabled mobile application will be a lightweight LBS application suitable for GNSS-enabled mobile devices, which will incorporate the OPTI-TRANS route planner. The application will incorporate an innovative profile manager allowing the user to create several desired profiles containing preferences pertaining to preferred mass transport means, vehicle availability, etc.
The OPTI-TRANS platform is the core intelligence of the OPTI-TRANS system. This back-end platform will be responsible for utilising the innovative LBAG algorithm to provide the optimum solution for users’ commuting needs based on their location and profiles. This platform will be based on the automated taxi-on-demand system which currently incorporates the optimum matching of taxis to commuters, by extending the platform mass public transport routing and timetable information, as well as car-pooling services, to provide the user with the optimum multi-modal journey planning.
The OPTI-TRANS server will interface with public transport authorities’ databases, and provide up-to-date and reliable information on public transport routes and timetables, as well as cancellations and abnormal traffic conditions. 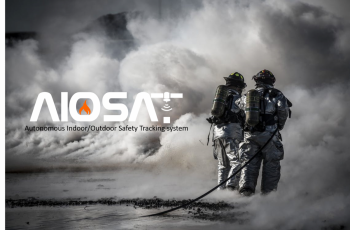