With an EGNOS-enabled GNSS receiver, users benefit from such enhanced performance as:

An EGNOS-enabled receiver provides location accuracy to within 3 metres. Without EGNOS, a standard GPS receiver only provides accuracy to 17 metres.

Furthermore, over time EGNOS has provided excellent stability, as shown by the blue line in the following graph (with the blue line representing GPS and EGNOS). Although its overall performance is satisfactory, the accuracy of GPS can vary (see green line). However, with the addition of EGNOS, these variations, along with the occasional positioning error, can be overcome. 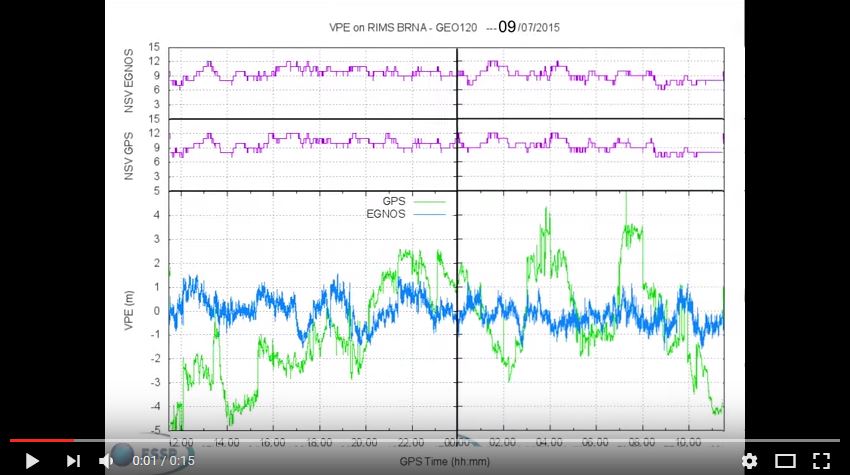 Despite its excellent accuracy, the reliability of data supplied by GNSS is not guaranteed. For example, a malfunction of the atomic clock onboard a GNSS satellite may cause significant positioning errors, meaning that some applications must be used with caution. However, EGNOS monitors the GNSS constellation to detect satellite faults and assigns a confidence level to the data that is transmitted to a user.

The following graph shows EGNOS’ capacity to detect GNSS faults, such as the timing anomaly that occurred in January 2016. On this occasion, users of the GNSS system experienced timing issues when a number of GNSS satellites broadcast incorrect Universal Time Coordinate (UTC) correction parameters. During this anomaly, EGNOS remained stable and properly synchronised to UTC. To see the daily EGNOS satellite monitoring status click here. 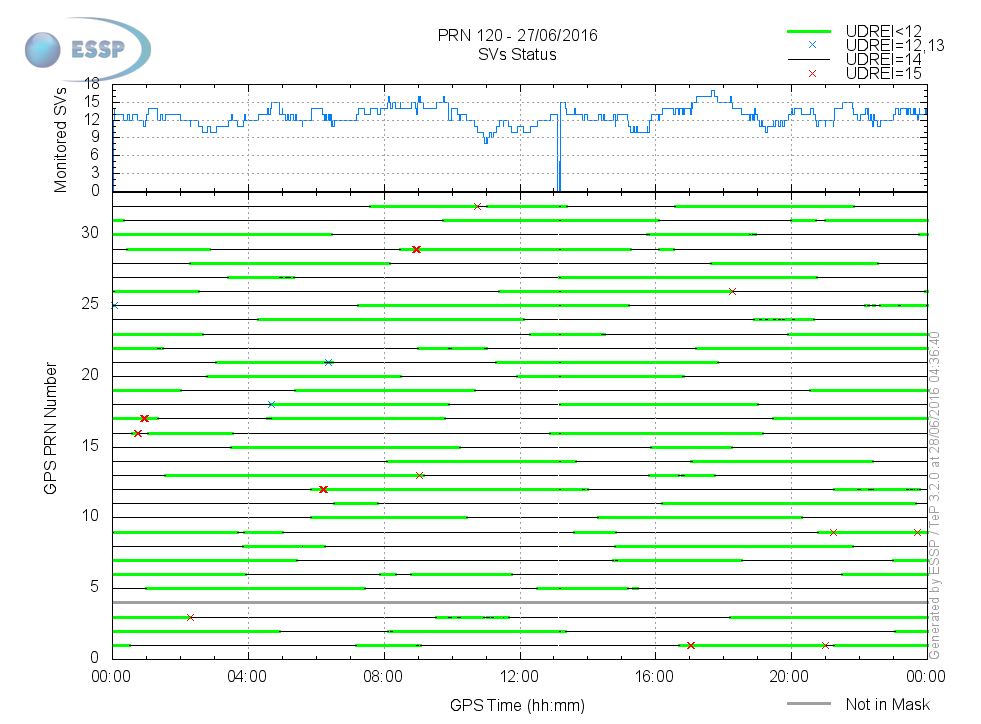 EGNOS availability is typically calculated in relation to the percentage of time when the confidence levels are below their threshold values. These values are set per type of operation by specified alarm limits. For example, in civil aviation procedures called ‘Approach with Vertical Guidance 1’ (APV-1), EGNOS is currently available across the commitment areas defined in the SDD typically more than 99% of the time.