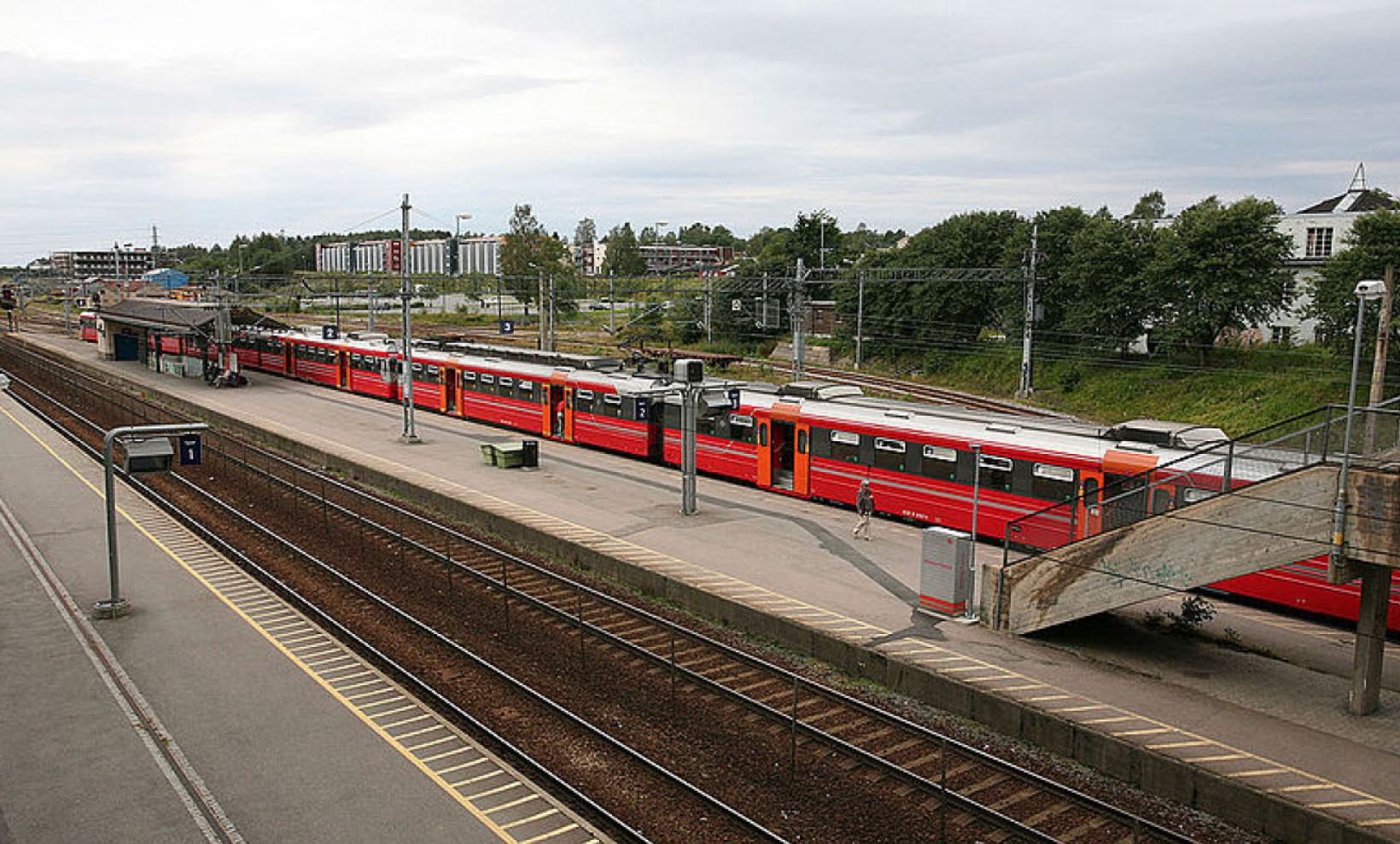 Galileo-enabled excavators are the only ones able to operate on a tough segment of the Follo Line. ©Besse

At an infrastructure project in Norway, Galileo-enabled machine guidance systems continued to operate in a challenging environment when others had already given up. This had a major impact in terms of work continuity and operating costs, so it is clear that access to Galileo’s differentiators will be a key criterion for industry and service providers when selecting operating systems in the future.

The infrastructure project in question is the Follo Line (Follobanen) - a EUR 2.4-billion high-speed railway project that aims to cut commute times between the Norwegian urban centres of Oslo and Ski by half. The line includes a 19-km tunnel, after which a 2-km section of track is being laid between high sheet pile walls on both sides, to protect passenger trains from falling rocks.

During construction of this segment, machines used guidance technology from various providers for automated digging enabled by RTK positioning with centimetre-level accuracy. Accuracy at this level is required to ensure proper alignment of the wall segments as well as effective water drainage slopes.

As the walls went up, they created a canyon around the construction site. Suddenly, one by one, the machine guidance systems started to fail. Excavators and loaders were grounded for days, incurring costs and delays for the operators. As construction slowly progressed, eventually only those machines with Galileo-enabled 3D guidance systems from  Makin’ - a Scandinavian machine control supplier - equipped with the latest AsteRx-U GNSS receivers from Septentrio, were still operational on the site.

“Galileo’s differentiators, such as better multipath mitigation and multi-frequency, together with multi-constellation capability, are delivering real benefits to users. We are working closely with industry to make them aware of these benefits so they can pass them on to their customers,” said GSA Head of Market Development Fiammetta Diani.

Operators are becoming increasingly aware. “Robust GNSS receivers in our guidance systems helped us get the reputation we needed to become the number one machine control company in Norway in under two years,” said Makin’ Chief Operating Officer Ruben Hensen.

The construction site canyon blocked satellite visibility required by the GNSS guidance systems. As traditional GPS systems failed, only receivers that had access to the highest number of positioning satellites continued operating. The multi-constellation capacity of the Septentrio receivers on the Makin’ systems meant that they had access to more satellites, giving them the best positioning availability.

Watch this: What is Multipath?

On the rail line project, metal fences around the construction site not only blocked low-elevation satellites but also generated reflected GNSS signals causing multipath. Receivers with access to the Galileo constellation benefit from the multipath mitigation that Galileo signals offer, allowing them to work better in challenging environments.

When GNSS outages occur, guidance system integrators can lose time and money, while workers in the field get demotivated. From the experience of the Norwegian rail project, it is clear that not all GNSS receivers are made equal, and access to Galileo signals can make all the difference to a machine’s guidance systems when projects get tough. Having a high-quality Galileo-enabled GNSS receiver allows machine control systems to work even in the toughest environments.