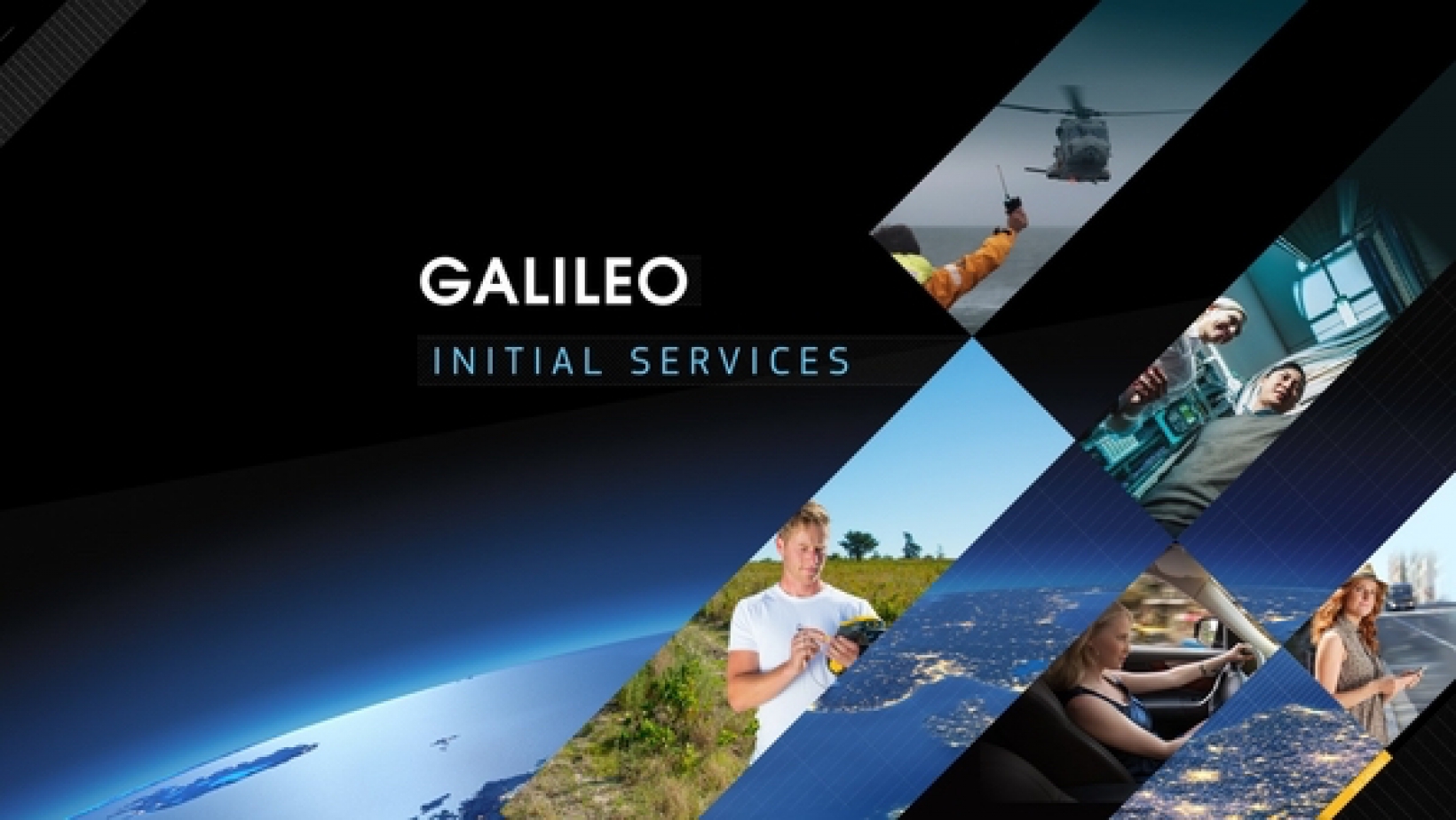 With the Declaration of Galileo Initial Services, Galileo officially moves from a testing phase to the provision of live services. For the first time ever, users around the world can be guided using the positioning, navigation and timing information provided by Galileo’s global satellite constellation. Starting now, any mass-market device containing a Galileo-enabled chipset, such as smartphones and vehicle navigation devices, can use Galileo.

“Today we are really making history,” says European Commission Vice President responsible for the Energy Union Maroš Šefčovič. “With Galileo, Europe gains its own satellite navigation system that will improve a range of everyday services for our citizens and strengthens Europe’s strategic autonomy.”

“Galileo is now alive and kicking,” says Elzbieta Bienkowska European Commissioner for Internal Market, Industry, Entrepreneurship and SMEs. “Galileo Initial Services is the result of a concerted effort to design and build the most accurate navigation system in the world. It demonstrates the technological excellence of Europe and its commitment to delivering space-based services and applications and, as such, represents a special achievement of a united Europe.”

GSA in the driver’s seat

With the launch of Initial Services, Galileo officially transitions from a system in testing to a system in service. As Europe’s link between space technology and user needs, the GSA has been delegated the responsibility for the Galileo service provision by the European Commission. As of 1 January 2017, the GSA will have the core task of ensuring a return on investment from Galileo in the form of clear, across-the-board services and applications for end users.

“The GSA is now putting into practice all that it has been preparing for,” adds GSA Executive Director Carlo des Dorides. “The centre of gravity for the Galileo programme is now the user and, meaning European citizens, businesses and entrepreneurs can benefit from the many innovative opportunities created by European GNSS.”

In overseeing the Galileo service provision, the GSA will:

What Galileo Initial Services means for you

With Galileo Initial Services, users benefit from a more accurate navigation and positioning that saves time and allows one to travel safer. For example, thanks to Galileo’s Search and Rescue service, locating distress beacons is substantially improved. As a result, after someone activates a distress beacon, the time to find them, whether they are lost at sea or in the mountains, is reduced from up to three hours to just ten minutes. Additionally, the distress beacon’s location can be more accurately determined, to within 5km – a substantial improvement on the current 10km.

Europe will also enjoy substantial economic growth. This is because the use of satellite navigation has helped drive world economic growth, particularly in high-tech industries. Experts predict that the global satellite navigation market will itself grow by more than 18% up until 2019. The additional resiliency provided by Galileo is expected to enable a range of new applications and services that will benefit from increased positioning reliability, thus further driving economic growth in Europe and beyond.

Today, 17 companies, representing more than 95% of the global satellite navigation supply market, produce Galileo-ready chips. These include such key chipset manufacturers as u-blox, Broadcom, Mediatek, Intel and Qualcomm. There are also a number of Galileo-ready devices on the market, including smartphones and in-vehicle navigation systems.

You can find up-to-date information on all available Galileo compatible products at www.useGalileo.eu

The first services offered by Galileo include the Open Service, Public Regulated Service (PRS) and Search and Rescue Service (SaR). All of these services are available free of charge.

Galileo Initial Services are fully interoperable with GPS – a combination that provides users with considerable improvements, with stronger performance and service levels. With Galileo satellites working in conjunction with GPS, there are more satellites available, meaning more accurate and reliable positioning for end users. In particular, navigation in cities, where satellite signals can often be blocked by tall buildings, benefit from the increased positioning accuracy this provides.
History in the making

Galileo is unique in that it is the only civil-based GNSS initiative. Whereas the United States’ GPS, Russia’s GLONASS, and China’s Beidou systems – among others – are all operated by their respective militaries, Europe’s Galileo programme stands alone as the world’s only option for GNSS under civil control. This is an important distinction, especially as the world’s dependence on GNSS continues to increase. From individuals to private businesses, the public sector and academia, as more and more services become dependent on the availability of an accurate GNSS signal, the implications of a possible signal failure becomes increasingly dangerous.

With some foresight, 20 years ago the EU recognised the need for a European-controlled satellite navigation system. In the years since, the EU has successfully launched and implemented EGNOS and, today, Galileo Initial Services.

The European GNSS Service Centre is the place to go for all things related to developing Galileo-capable products and services.