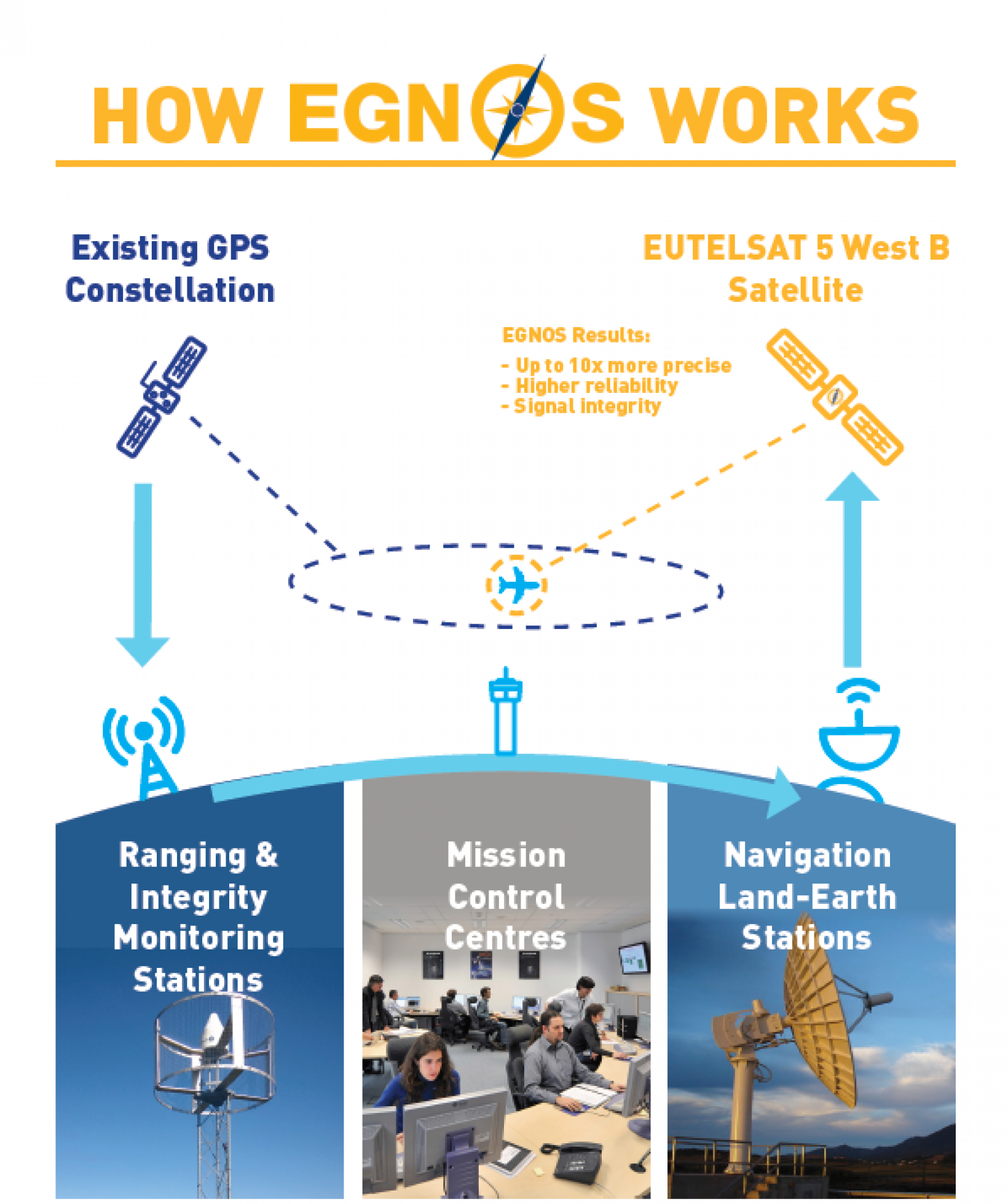 The European GNSS Agency (GSA) has signed a contract with Eutelsat Communications for the development, integration and operation of the next-generation EGNOS payload.

The procurement process was a cooperative effort by the GSA and the European Space Agency (ESA), with the ESA responsible for the technical requirements of the service preparation phase and the GSA for the service provision phase. The ESA will continue to provide the GSA with technical support during the development of GEO-3.

As the GEO-3 service provider, Eutelsat will be responsible for:

The satellite’s commercial Ku-band and EGNOS payload will be manufactured by Airbus Defence and Space, while Orbital ATK will build the platform. The payload will be hosted on the Eutelsat 5 West B satellite, scheduled to launch in late 2018. Services will begin in 2019 and last 15 years.

Eutelsat will also develop two redundant radio frequency (RF) ground stations to uplink the EGNOS message to the payload. It will also host EGNOS’ Navigation Land Earth Stations (NLES) in Rambouillet (France) and Cagliari (Italy), both of which will be co-located and connected to the RF ground stations.