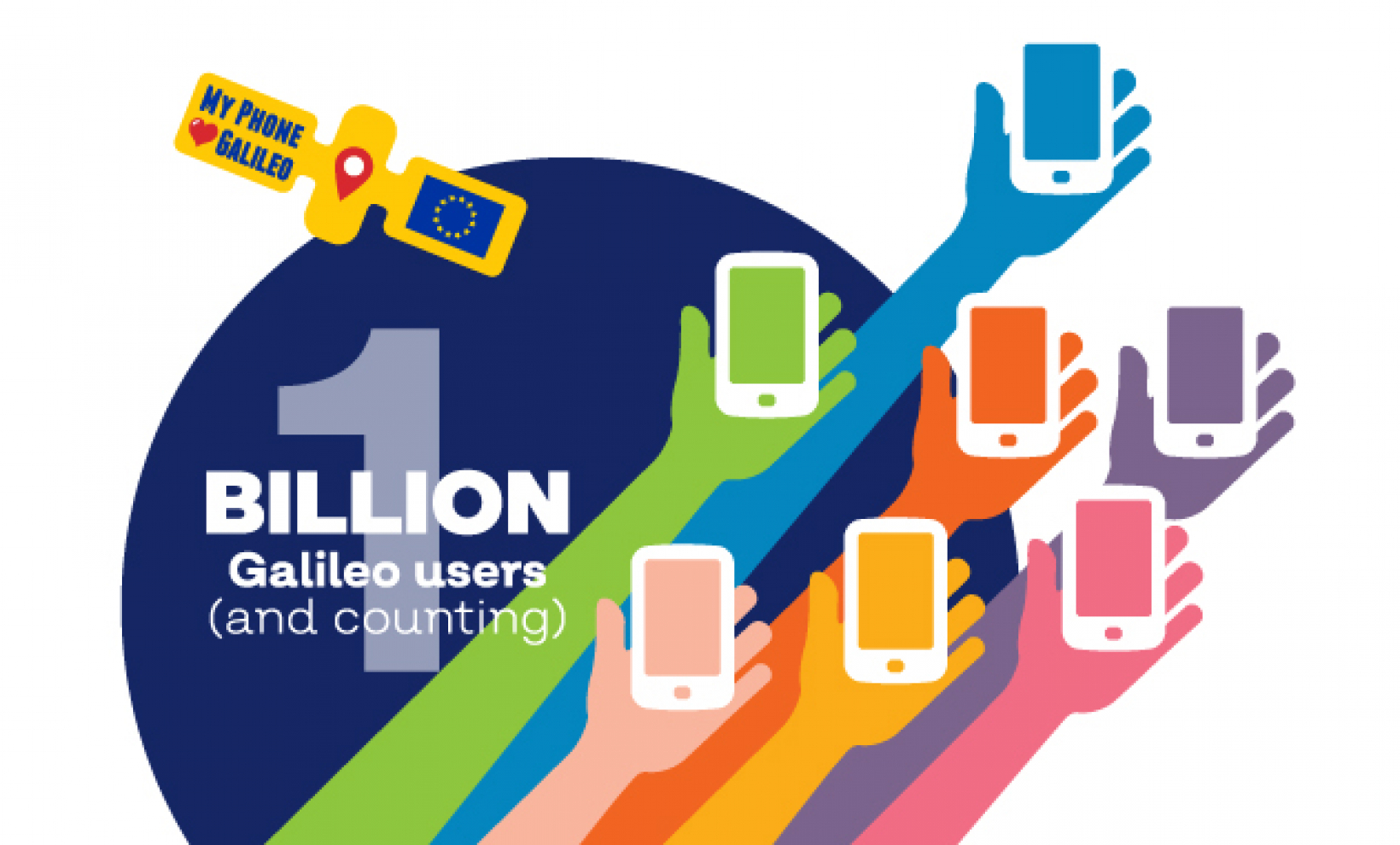 The number of Galileo-enabled smartphones in use has soared to 1 billion in just 3 years.

The estimated number of Galileo-enabled smartphones in use has reached one billion. This significant milestone has been achieved in the week when the European GNSS Agency (GSA), responsible for operation of the Galileo programme, celebrates its 15th anniversary, making this a memorable week for the Agency.

This is a truly historic moment for the Galileo programme. BQ pioneered Galileo use in smartphones with its Aquaris X5 Plus back in July 2016. Since then, market uptake of Galileo-enabled smartphones has been rapid as other manufacturers were quick to embrace the opportunities that Galileo offers, and there are currently 156 Galileo-enabled smartphone models available on the market. The ‘1 billion users’ milestone is based on the number of smartphones using Galileo sold across the world. The actual number of Galileo users around the world is much larger. You can track which devices, including smartphones, are Galileo-enabled on the UseGalileo.eu site.

Today 95% of companies that produce smartphone chips for satellite navigation make chips that enable Galileo. According to figures in the latest GSA GNSS Market Report, which is to be published soon, global annual GNSS receiver shipments are forecast to grow continuously across the next decade, from 1.8 bln units in 2019 to 2.7 bln units in 2029. Most of these shipments are for receivers costing less than €5, and 90% of receivers in this price segment are used in smartphones and wearables.

Ahead of a special event to mark the occasion, to be held at the GSA’s headquarters in Prague on September 10, Elżbieta Bieńkowska, Commissioner for Internal Market, Industry, Entrepreneurship and SMEs, said: “Galileo is now providing high quality timing and navigation services to 1 billion smartphone users globally. This has been made possible by a truly European effort to build the most accurate navigation system in the world, with the support and dedication of the GSA. I am confident that our space industry will continue to thrive with more work, ideas and investment under the new EU Space Programme.”

And this: French railways embrace Galileo

GSA Executive Director Carlo des Dorides said: “One billion smartphone users is a significant milestone and a major achievement for the Galileo programme and for the GSA. The GSA has worked tirelessly to build bridges with research and industry and create a strong community of service providers who trust Galileo and understand the technological innovation opportunities it brings. Chipset and receiver manufacturers in particular have been quick to leverage Galileo’s outstanding performance. These manufacturers believed in Galileo from the beginning, when Galileo was still an idea, and invested in the technology. It is thanks to them and the unique blend of expertise and knowledge of the GSA team that we are now celebrating 1 billion Galileo-enabled smartphones.”

The 1-billionth smartphone milestone is being celebrated at a special event to mark the GSA’s 15th anniversary at the Agency’s Prague headquarters on September 10. The event is being attended by European Commissioner Elżbieta Bieńkowska, Czech Transport Minister Vladimir Kremlik, French Space Agency (CNES) President and GSA Administrative Board Chair Jean-Yves Le Gall and European Space Agency Director General Jan Woerner, in addition to stakeholders from industry, the user community and research institutions.