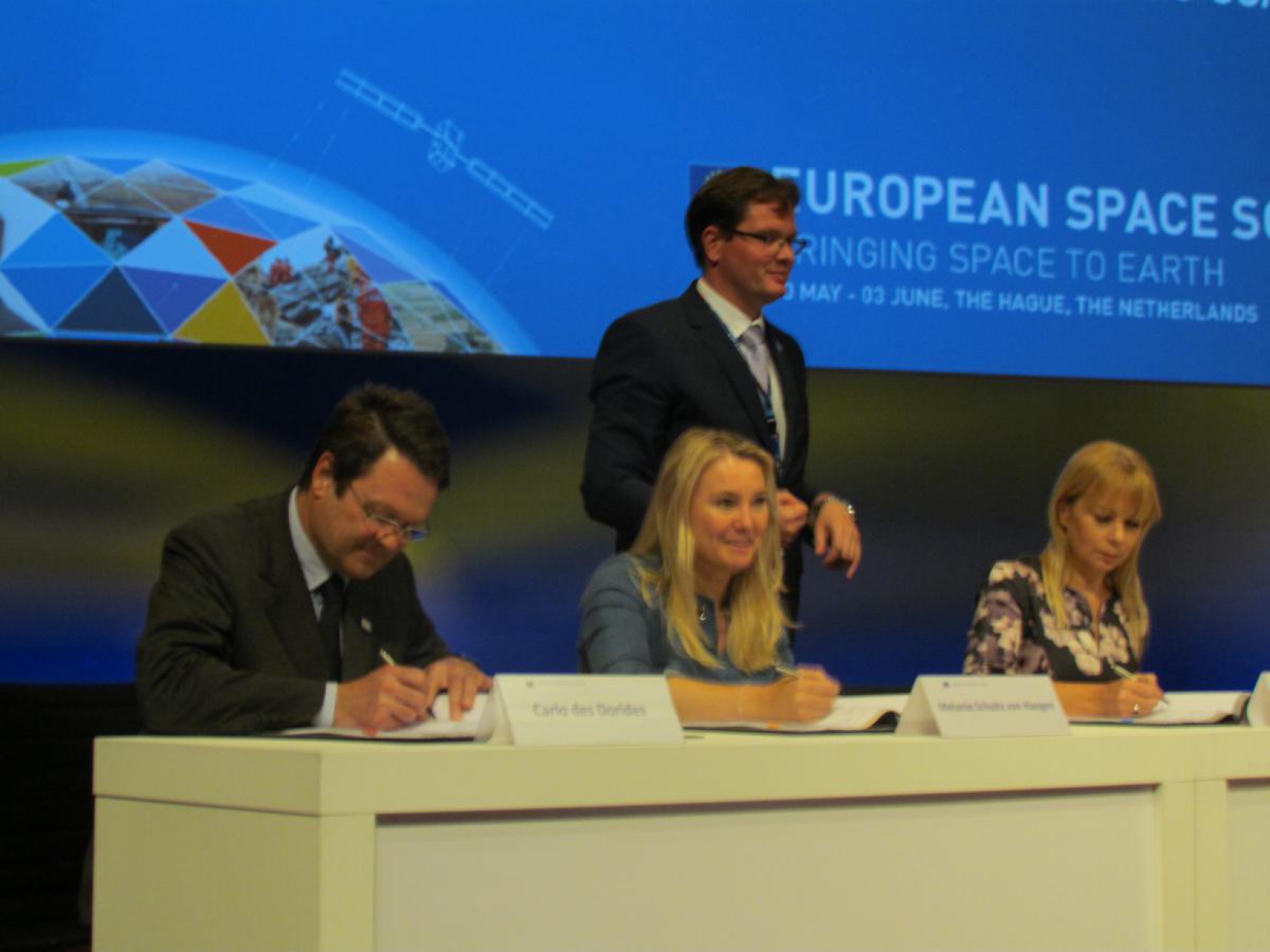 With Galileo Initial Services set to be declared this year, the GRC will play a pivotal role in the programme’s operations.

The Galileo Reference Centre (GRC), to be located in the Netherlands, will play a crucial role in monitoring Galileo’s performance. The European GNSS Agency (GSA) made the announcement during this week’s European Space Solutions conference in The Hague.

This week during the 4th European Space Solutions conference in The Hague, the GSA announced the establishment of the Galileo Reference Centre (GRC) in Noordwijk, the Netherlands. The GRC’s core mission is to perform independent monitoring of Galileo’s performance and report on its findings.

“The use of space data is becoming more urgent and relevant in many areas, for example in maritime safety and smart mobility,” says Minister Schultz van Haegen. “The Galileo Reference Centre will help ensure the provision of high quality satellite data so users can better rely on and benefit from Galileo.”

With Galileo Initial Services set to be declared this year, the GRC will play a pivotal role in the programme’s operations. “When operational, the GRC will provide the GSA with an independent system to evaluate the performance of the Galileo Service Operator and the quality of the signals in space,” says des Dorides.

GRC’s core facility in Noordwijk will also actively integrate contributions from the EU Member States, Norway and Switzerland. The core facility is charged with generating performance evaluation products, reporting and performing dedicated campaign-based analyses. It will also rely on a range of facilities and expertise available in the Member States.

The GRC will be implemented using a versioning approach. The first step is expected to be in place at the time of declaration of Galileo Initial Services. The core facility is set to become operational in 2017.

The GRC in Brief