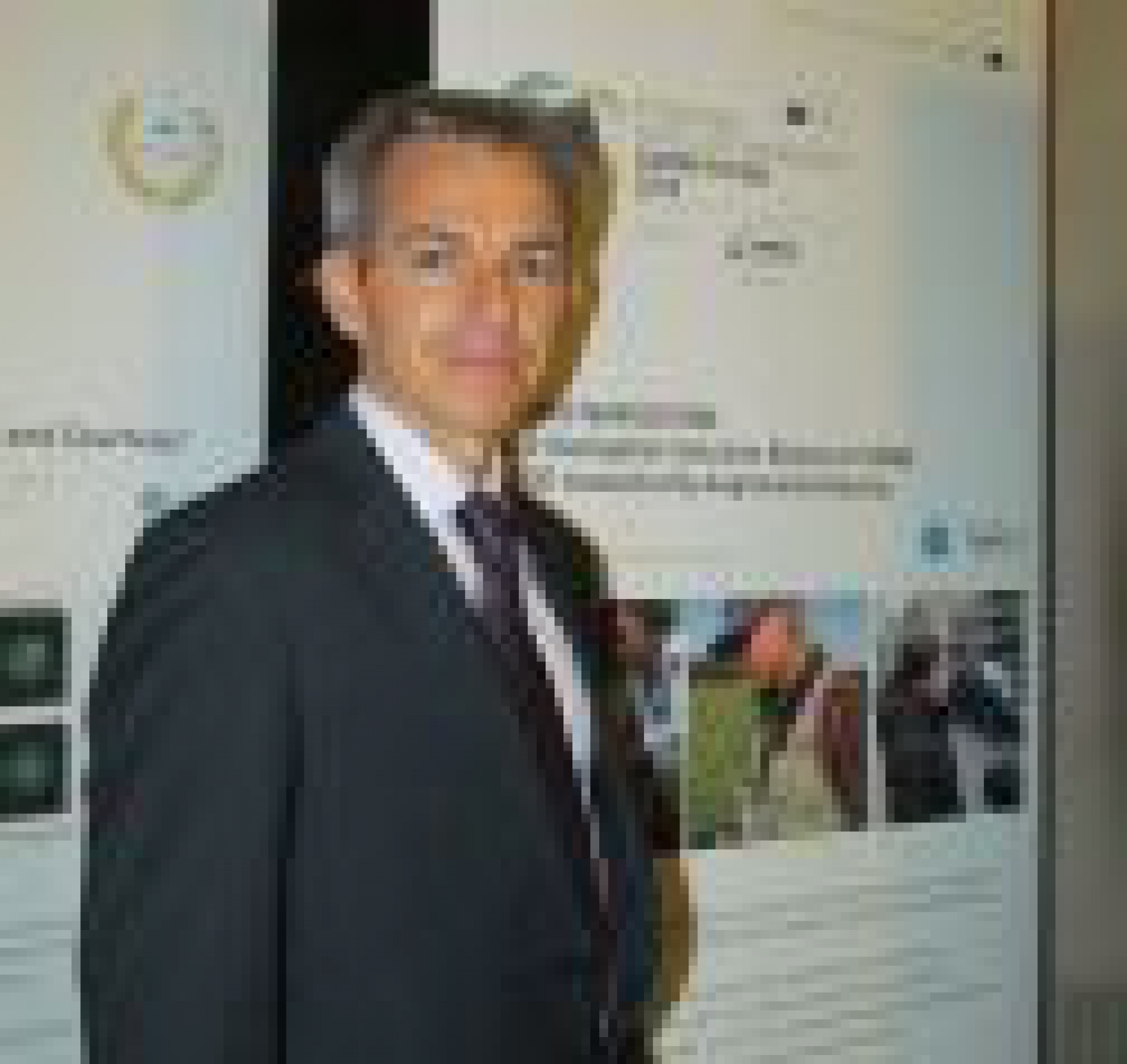 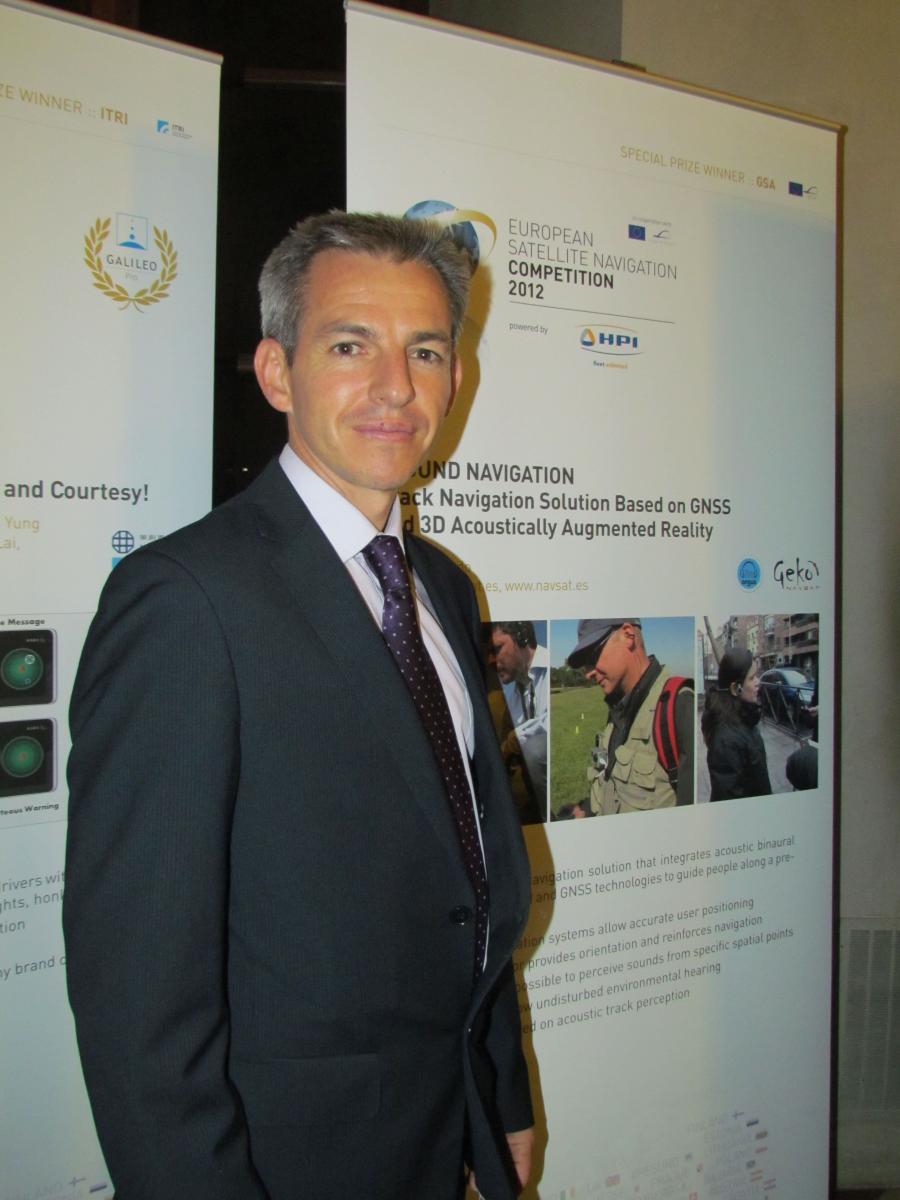 The winning idea is 3SOUND: a personal navigation solution based on the integration of acoustic binaural technologies (i.e. 3D sounds) and GNSS technologies that can guide people along a predefined track.

The concept is the brainchild of Rafael Olmedo who conceived the idea while working at the Spanish National Institute of Aerospace Technology (INTA) in Madrid. Rafael and representatives of the ARGUS FP7 project collected the prize at the glittering European Satellite Navigation Competition 2012 Awards Ceremony that was held at the Allerheiligen-Hofkirche in Munich, Germany on 25 October.

“The 3SOUND system provides an acoustic track perception based on the integration of an augmented acoustic reality application developed for a smartphone and an accurate and reliable navigation solution based on the use of GPS signals augmented with EGNOS,” explains Rafael. “The system accurately identifies the position and orientation of the user and, using binaural sounds, provides an innovative acoustic guidance solution for ‘track navigation’ instead the classical ‘waypoint’ or ‘route navigation’.”

The 3DSOUND solution effectively provides a virtual guidance rope for blind and partially sighted people or for people working in environments with low visibility – for example emergency and rescue services.

The 3SOUND concept is a low cost solution based on the use of the EGNOS SDK (software development toolkit) developed by the GSA to allow the full capabilities of EGNOS augmented navigation capabilities to be realised on normal smartphone technology.

In selecting 3SOUNDS for the 2012 prize, the GSA judges highlighted the innovativeness of the idea (the pioneering approach to link GNSS with binaural technology), the importance of EGNOS to the solution, its high performance, relative commercial readiness (a prototype exists and a technology patent is being applied for), its high market potential and clear social benefits.

This is the fifth year in a row the European GNSS Agency (GSA) has offering a special topic prize for the most innovative application using the European Geostationary Overlay Service (EGNOS). EGNOS, which has been an open and free service in Europe since October 2009, essentially augments current satellite navigation systems, radically improving accuracy and precision of positioning, and enabling current GPS to be used for safety-critical applications such as aviation.

The winner of the GSA prize receives six months of support at the European innovation incubator of their choice with the possibility of extending the assistance to a year. The prize has a maximum value of € 40 000. 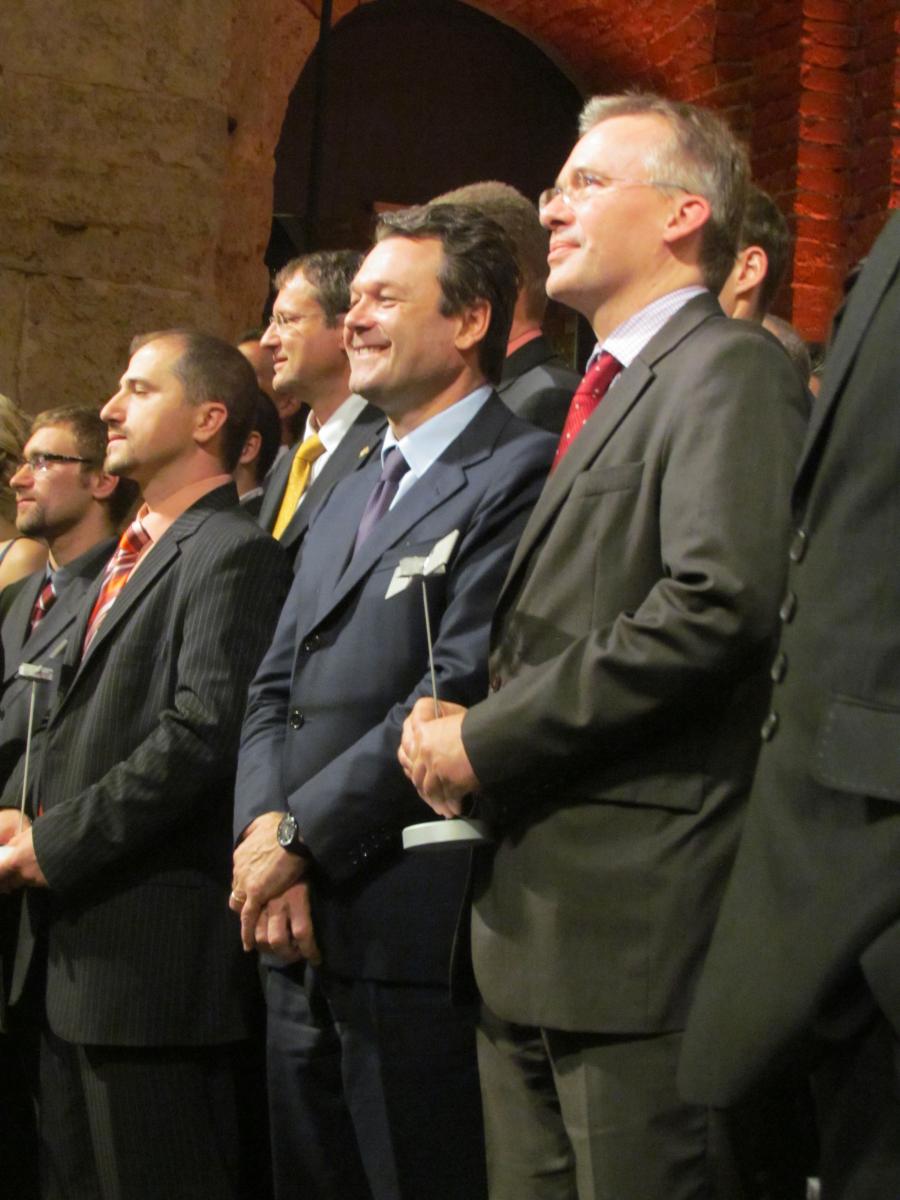 The 3SOUND concept is currently being developed and validated under the FP7 project ARGUS (Assisting personal Guidance System for people with visual impairment) where a real personal navigation solution based on 3D sounds and acoustic track perception is being developed.

The ARGUS work has included a recent successful preliminary proof of concept demonstration in Paderborn, Germany.

Rafael is now working as a Project manager for OK-Systems, a Spanish SME specialising in space programmes and engineering, but he has also founded a start-up company (GEKO NAVSAT) that will further develop and commercially exploit the 3SOUND concept in collaboration with the ARGUS consortium. The prize award will be a major boost for the company.

EGNOS, Europe’s ‘pre- Galileo' system, is a satellite-based augmentation system that is currently in operation. It improves the accuracy of the open public service offered by GPS.

The EGNOS Open Service, which is freely available to anyone with an SBAS-enabled receiver, has been available since October 2009 and is suitable for most common location applications. EGNOS was certified for use by civil aviation in March 2011.