Until now, GNSS users have had to depend on non-civilian American GPS or Russian GLONASS signals. With Galileo, users now have a new, reliable alternative that, unlike these other programmes, remains under civilian control.

While European independence is a principal objective of the programme, Galileo also gives Europe a seat at the rapidly expanding GNSS global table. The programme is designed to be compatible with all existing and planned GNSS and interoperable with GPS and GLONASS. In this sense, Galileo is positioned to enhance the coverage currently available – providing a more seamless and accurate experience for multi-constellation users around the world.

Satellite positioning has become an essential service that we often take for granted. Just think what would happen if GNSS signals were suddenly switched off. Truck and taxi drivers, ship and aircraft crews and millions of people around the world would suddenly be lost.

Furthermore, financial and communication activities, public utilities, security and humanitarian operations and emergency services would all come to a standstill. In other words, as the use of satellite-based navigation systems continues to expand, the implications of a potential signal failure become even greater.

With the addition of Galileo to the global GNSS constellation, we not only minimise these risks, but also ensure better performance and accuracy for the end-user.

The Galileo system is comprised of numerous components, including the satellites in space, a ground segment across several locations and end users.

Map of the Galileo Sites and Ground Stations 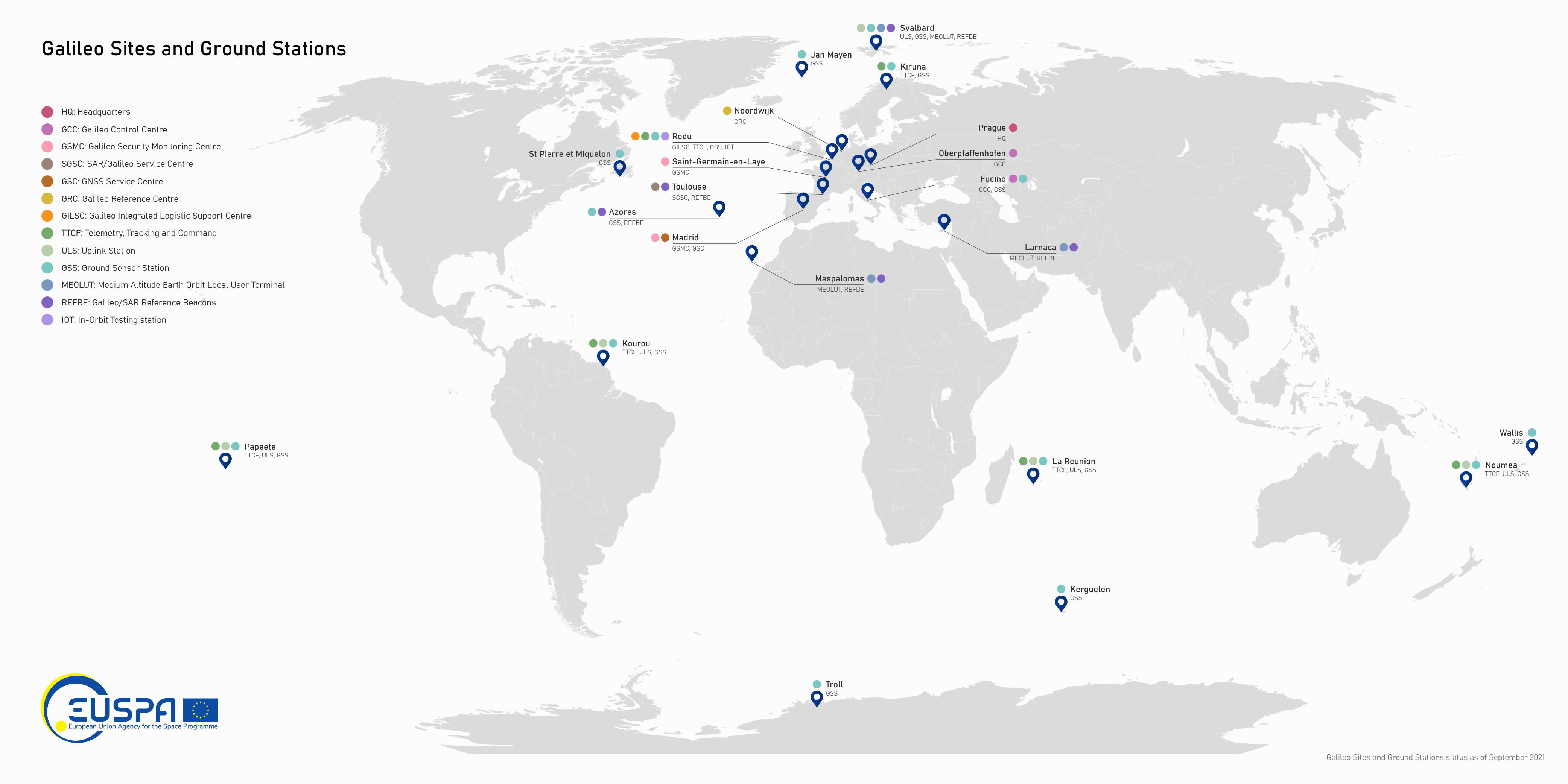