From GSA to EUSPA: space transforming business and the economy 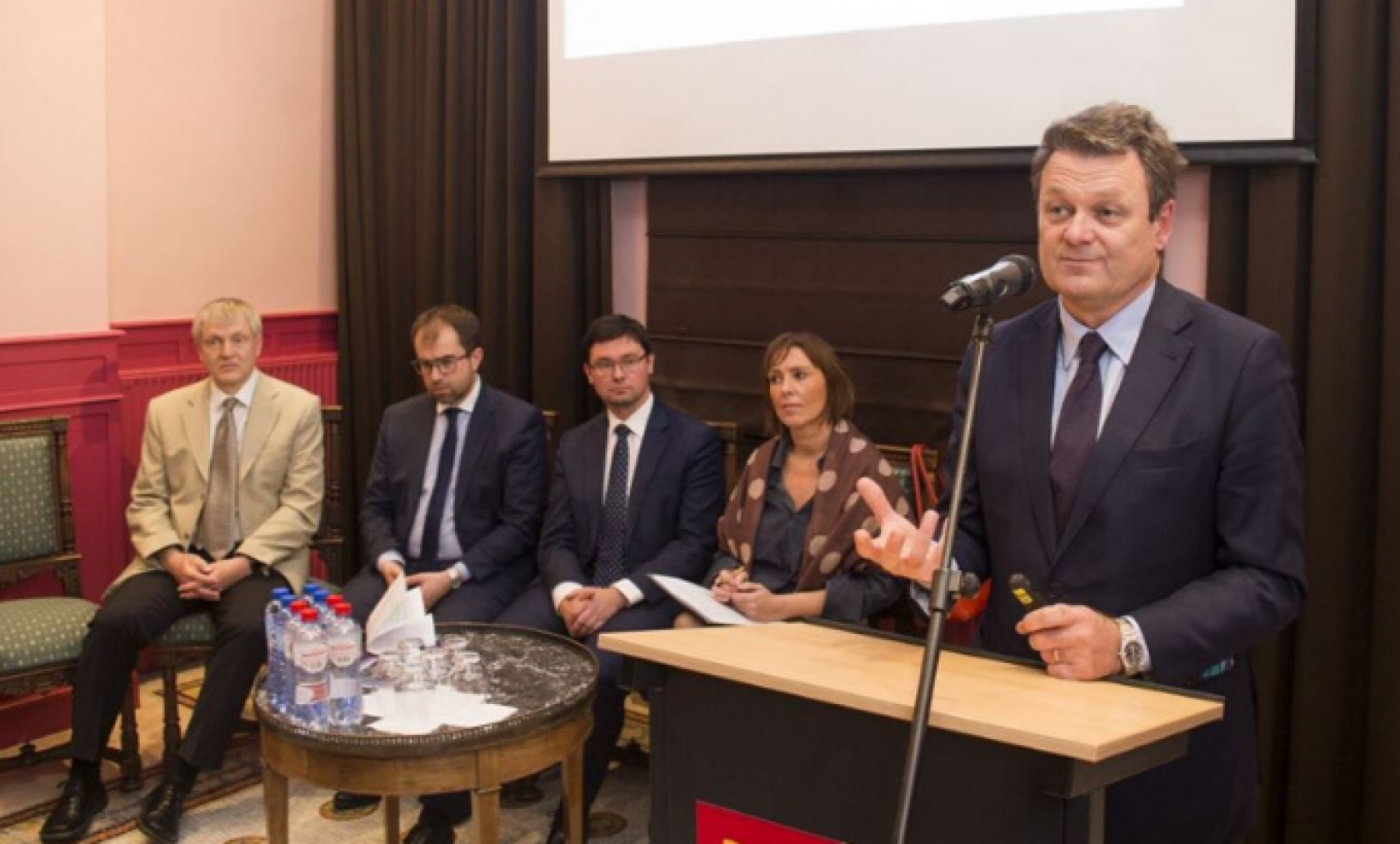 On Tuesday 19 November 2019, a debate entitled ‘Prague’s Guide to the Galaxy: From GSA to EU Agency for the Space Programme’ was held on the premises of Prague House in Brussels. Organised by the Permanent Representation of the Czech Republic to the EU, the debate looked at how space data can transform our economy and businesses.

The debate was moderated by Ambassador Jaroslav Zajicek, Permanent Representative of the Czech Republic to COREPER I (Committee of the Permanent Representatives of the Governments of the Member States to the European Union) and, following a welcoming address by Head of the Prague Delegation to the EU Lucie Čadilová, GSA Executive Director Carlo des Dorides spoke about space’s contribution to the European economy.

“According to our recent GNSS Market Report, the global downstream market revenue from both GNSS devices and services will grow from EUR 150 billion in 2019 to EUR 325 billion in 2029. These figures show us that space already plays a major role in the EU economy, creating opportunities for business and jobs for European citizens,” des Dorides said, adding that this role is at the centre of the new responsibilities of the Agency, which is to  become the EU Space Programme Agency (EUSPA) by January 2021, taking over responsibilities for Copernicus markets uptake also.

Read this: Europe’s economy is increasingly dependent on space

MEP Dlabajová noted that it had been seven years since the administrative centre of the Galileo Navigation System was relocated from Brussels to Prague – a city with a long tradition of space research and industry. She said that this had been a good decision, while also stressing the need to secure adequate funding for the programme.

“It offers many opportunities including for small and medium-sized enterprises which are core to the European economy. If the EU wants a space strategy with a real impact on our citizens and businesses and to achieve all the commitments and even further goals, we must secure sufficient funding,” she said.

At the event, Ambassador Zajicek also highlighted the importance of funding, and expressed the hope that the event would help spread the word about the benefits that EU space activities bring to our everyday lives. “It is crucial that the GSA, and later the EU Agency for the Space Programme (EUSPA), is well funded so it can continue its tremendous work in bringing space to Earth," he said.

And this: Space programme in focus at Brussels meetings

Representing the business sector on the panel, Luboš Kučera, Managing Director at GISAT, a Czech company providing geo-information services based on Earth Observation technology, spoke about the synergies to be found between Earth observation and GNSS positioning and presented several applications based on these synergies.

The event was very well attended, with several MEPs present, including MEP Christophe Grudler from the Committee on Employment and Social Affairs, along with financial attachés from nearly all the EU Member States.