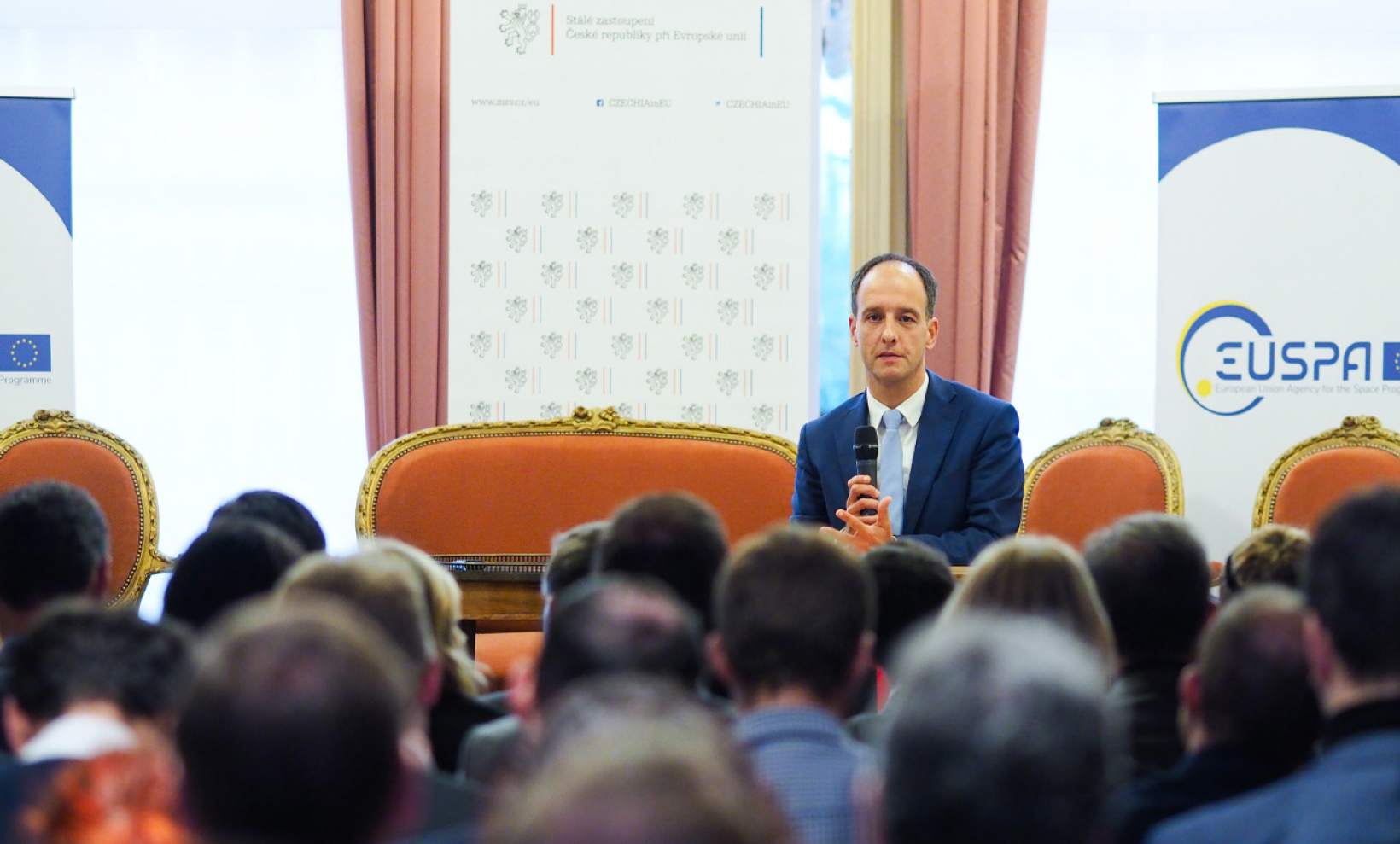 On 27 September in Brussels, an event organised under the Czech Presidency of the Council of the European Union in the Prague House brought together thought leaders, decision makers and industry representatives from both the EU and the Czech Republic to discuss and debate issues relating to the EU Space Programme.

The topic up for discussion this year was EU Space’s contribution to sustainability and growth.

“Galileo and EGNOS enable the determination of a precise position anywhere, while Copernicus provides information on the Earth’s surface, atmosphere and oceans,” added EUSPA Executive Director Rodrigo da Costa. “When you put these programmes together, you unleash an array of synergies that not only have a significant commercial potential, but also the potential to have a powerful impact on society and the planet.”

A panel discussion entitled ‘Greener Transport for Europe’ highlighted how the EU Space Programme is already making public transportation more efficient. A representative from the Czech Ministry of Transport noted that the addition of multi-frequency satellite receivers is allowing Prague’s trams to benefit from more precise localisation – opening the door to optimised journeys.

European GNSS is also playing a crucial role in helping the aviation sector reduce its carbon footprint. Having EGNOS-enabled approaches in all airports gives more choices for alternative airports, which means the distance to be flown could be shorter, resulting in less fuel burned and less emissions released. Furthermore, because EGNOS can help pilots better evaluate visibility conditions, they can avoid circling or diverting – two manoeuvres that burn a lot of fuel.

Galileo’s highly accurate positioning and timing information is even being used to position e-bike sharing programmes as a game changer in urban mobility. A bike sharing programme in the Barcelona metropolitan area has equipped 2,600 electric bikes with a Galileo-enabled GNSS receiver. Not only does this feature help cyclists navigate their way from docking station to destination in an environmentally-friendly manner, it also ensures the bikes are evenly distributed and readily available in high-use areas – showing how space technology can play a key role in building smart and sustainable urban transport networks. 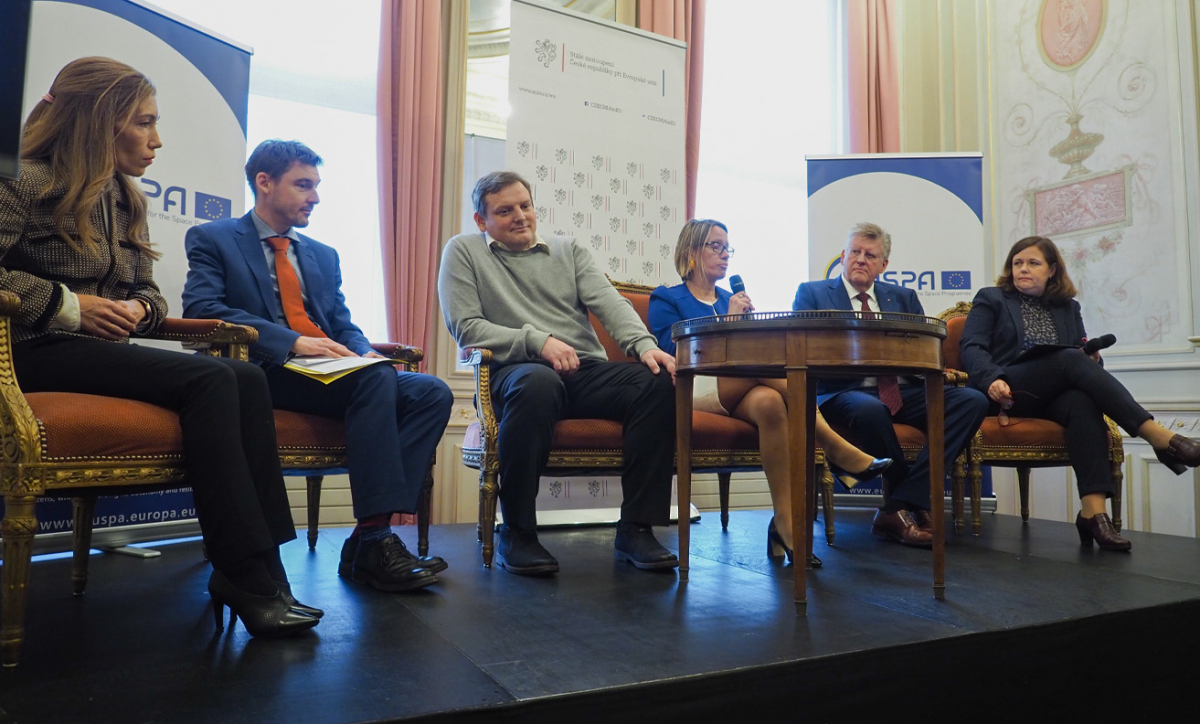 Innovation and entrepreneurship in the space sector

A second panel discussion focused on ‘Innovation and Entrepreneurship in the Space Sector’, with a specific look at opportunities within the downstream sector.

According to EUSPA research, the global GNSS downstream market is forecasted to see revenues reach EUR 220 billion by the end of this year and up to EUR 510 billion by 2032. It also forecasts that the Earth Observation sector will double its revenues, from approximately EUR 2.8 billion to over EUR 5.5 billion within the next decade. This represents a clear opportunity for European businesses– an opportunity that both EUSPA and the European Commission are keen to help companies of all shapes and sizes leverage.

“Smaller European economies like the Czech Republic would find it difficult to invest in space research and space-based companies on their own,” said Member of the European Parliament Mikuláš Peksa. “By providing support across all Member States, EUSPA is a great example of the benefits that European integration and development bring.”

“Encourage capacity building across the Member States, through supporting space innovation activities that foster private and public demand and reinforce the European supply chains across the Union is indeed essential” confirmed Member of the European Parliament Carlos Zorrinho. 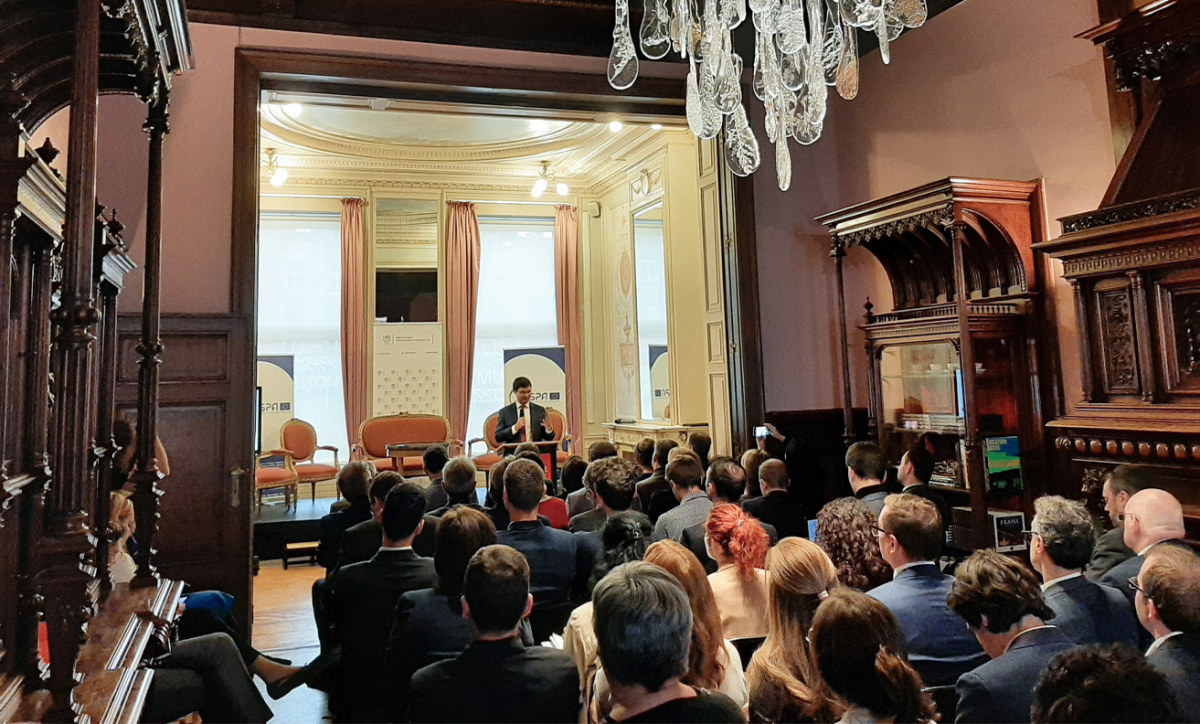 The Prague House event was jointly organised by EUSPA, whose headquarters are in Prague; the Permanent Representation of the Czech Republic to the European Union; the Czech Ministry of Transport; and the Prague House.

This year’s edition was particularly unique in that it was held during the Czech Presidency of the Council of the European Union. “EUSPA is especially close to my heart, and I am very proud to see the tremendous work it has been doing,” said Jaroslav ZAJÍČEK, Deputy Head of the Czech Permanent Representation to the EU and Permanent Representative to COREPER I. “I am equally excited about where my country has come over the past decade when it comes to space activities and the benefits space technologies and data bring to the European economy and our daily lives.”