GNSS and the future of rail 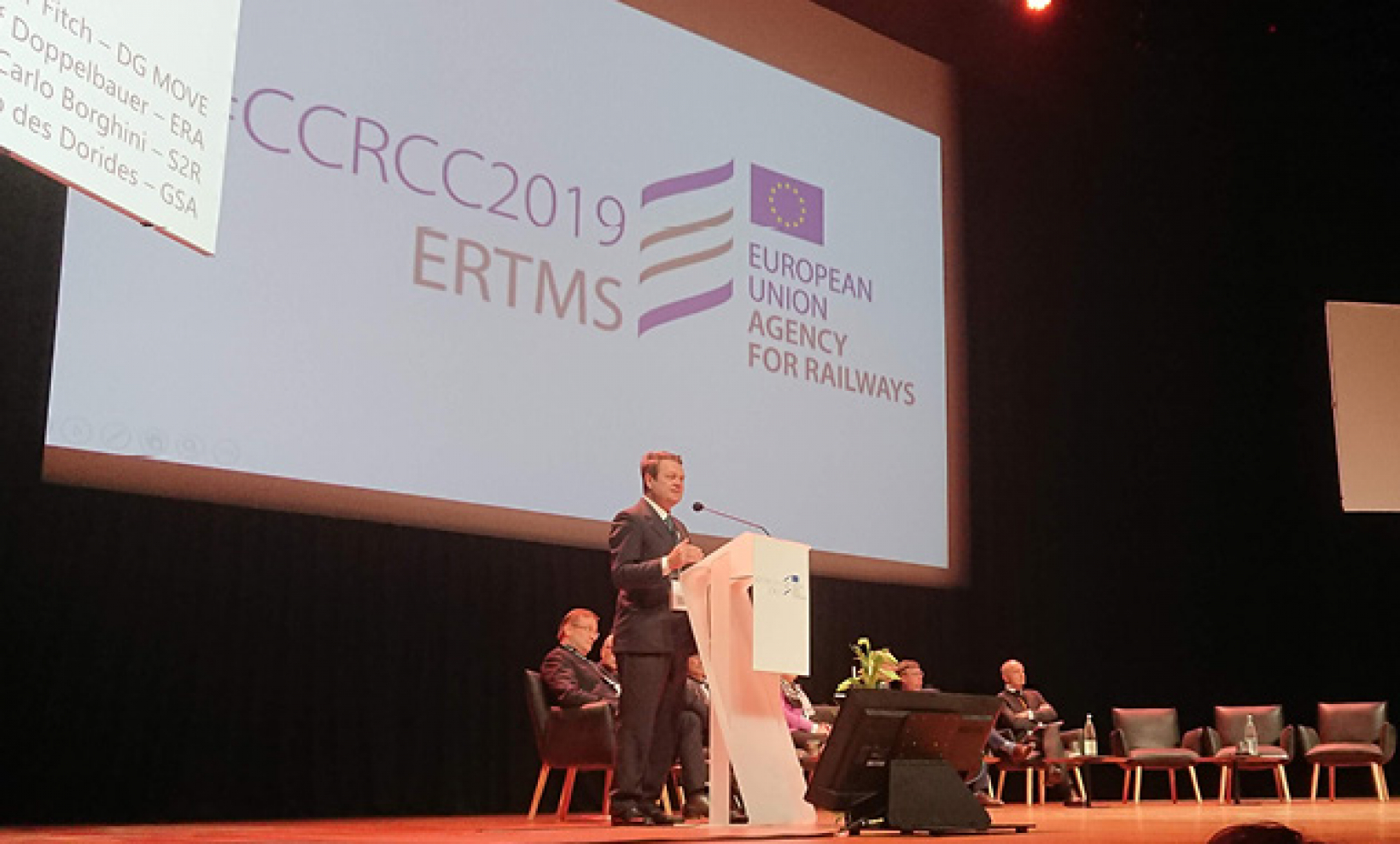 New technologies that offer safety and efficiency benefits will define the rail system of the future. GNSS is one such technology and is already being used to track rolling-stock, and in passenger information, traffic management and predictive maintenance systems. In his speech at the ERTMS conference #CCRCC2019 “The Engine for the Digital Future,” European GNSS Agency (GSA) Executive Director Carlo des Dorides outlined how his Agency is working with the rail sector.

Over the last few years, the GSA has been working with its partners in the rail and space domains to introduce GNSS into non-safety relevant applications in the rail sector. This work has paid off, and currently more than 30 000 wagons of German rail freight company DB Cargo are equipped with Galileo-enabled telematics devices. Furthermore, 250 TGV trains in France are already using Galileo-enabled receivers and the rollout of these receivers on non-high speed trains is also in the pipeline.

In his address at a conference, organised by the European Union Agency for Railways (ERA) in Valenciennes on October 15-17, the GSA Executive Director noted, however, that when it comes to the use of GNSS in signalling, progress had been slower. “We are simply not there yet and our main objective - to include European GNSS in the evolution of the ERTMS - is still being discussed,” he said.

To this end, the GSA defined a joint roadmap together with UNIFE, CER, Shift2Rail, the ERTMS Users Group and the European Space Agency (ESA) and, in 2016, GNSS entered the rail innovation landscape as an ERTMS game changer in a Memorandum of Understanding signed in 2016 to formalise an integrated management process for ERTMS deployment in Europe.

Then, in 2017, together with ERA and International Union of Railways (UIC) the GSA participated in the first demonstration of an E-GNSS based virtual balise concept on board a running train on a pilot line in Sardinia, where work is continuing towards possible certification.

“We have also supported the EU railway industry in conducting a large-scale test campaign to define the achievable GNSS performance in the complex railway environment. Our partners in Shift2Rail are using these results to define the suitable architectures for GNSS inclusion in the ERTMS, hopefully within the next release planned for 2023,” des Dorides said.

GNSS is already being used in train positioning for safety relevant applications in the United States and a European manufacturer of GNSS chipsets has been selected to equip more than 30 000 miles of track with an augmentation system, improving GNSS performance in terms of accuracy and integrity. “Their receivers, which are Galileo enabled, will also be mounted on all new freight locomotives of the WABTEC Corporation. This is a clear success for a European company, benefitting from innovation and proving the European capacity to drive innovation,” des Dorides said.

Watch this: EGNOS and Galileo for Rail

Noting that GNSS is already supporting safety-relevant and liability-critical applications in other segments, such as aviation and road, des Dorides noted that in rail too, it was time to progress to the demonstration and certification of the technology “to make sure that Europe does not miss the train.”

“The GSA is committed to providing further support to rail stakeholders in this regard. We are ready to tailor our services, such as in case of EGNOS, based on the operational needs and requirements of railways, with properly defined interoperable interfaces,” he said, adding that this was an important element, as the introduction of GNSS into the ERTMS is not about creating space for any vendor-specific or national solutions.

“What we need is continuation of the commitment and collaboration from rail operators, infrastructure managers and the EU railway industry working with us to overcome the ‘last mile’ towards inclusion of interoperable GNSS-based positioning within the next evolutions of the ERTMS,” he said.