GSA management systems better than ever 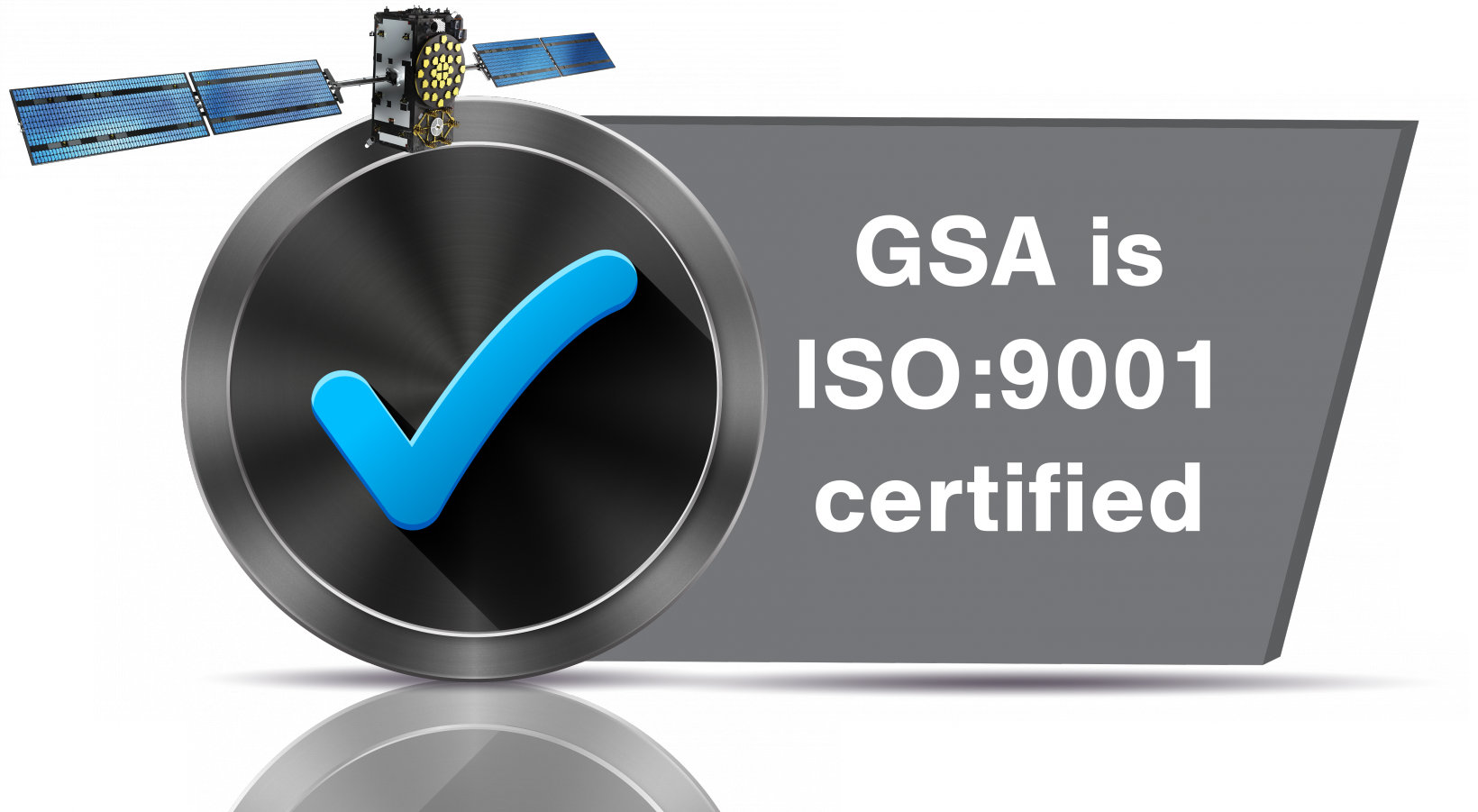 The European GNSS Agency (GSA) has successfully qualified its ISO 9001: 2015-compliant management system as part of this year's re-certification audit. The audit revealed that quality management processes at the agency have improved as a result of being adapted and developed since the previous audit.

In this year’s recertification audit, the Lloyds Register (LRQA) auditors paid particular attention to the effectiveness of the GSA quality management system, and found that there were no deviations from the requirements of the standard.

Commenting on the audit results, GSA Executive Director Carlo Des Dorides said that ISO certification, complemented by ECSS (European Cooperation for Space Standardisation) and ITIL best practices for IT service management,   was not only important proof of the agency’s services, processes and customer orientation, but also evidence that the GSA is ready to implement operations in a sustainable manner. “In this respect, we are very happy about the confirmation of the certificate, also against the background of GSA now being the Galileo service provider," he said.

Appreciation of new tools and processes

During the re-certification, the GSA performed well and fulfilled all the criteria. As a special strength, it was emphasised that that GSA had been able to further improve its definition of operational processes. The audit also found that the GSA implements risk management at best practice levels and has developed an agency-wide work breakdown structure.

"The successful ISO 9001 re-certification is good news for GSA, as we have worked hard in the past few months to adapt our quality management to the role of being a service operator," said Patrick Hamilton, Head of the Project Control Department. "The fact that the audit has confirmed this so positively confirms our efforts and is also an incentive to continually evaluate and optimise our services and processes."

The ISO 9001 certification is the most widely used and most important standard in quality management at national and international level. It sets standards that ensure transparency of operational procedures and increase customer satisfaction, as well as ensuring optimal operational structures. After a re-certification, the certification is valid for three years, but is checked annually in the context of so-called monitoring audits.